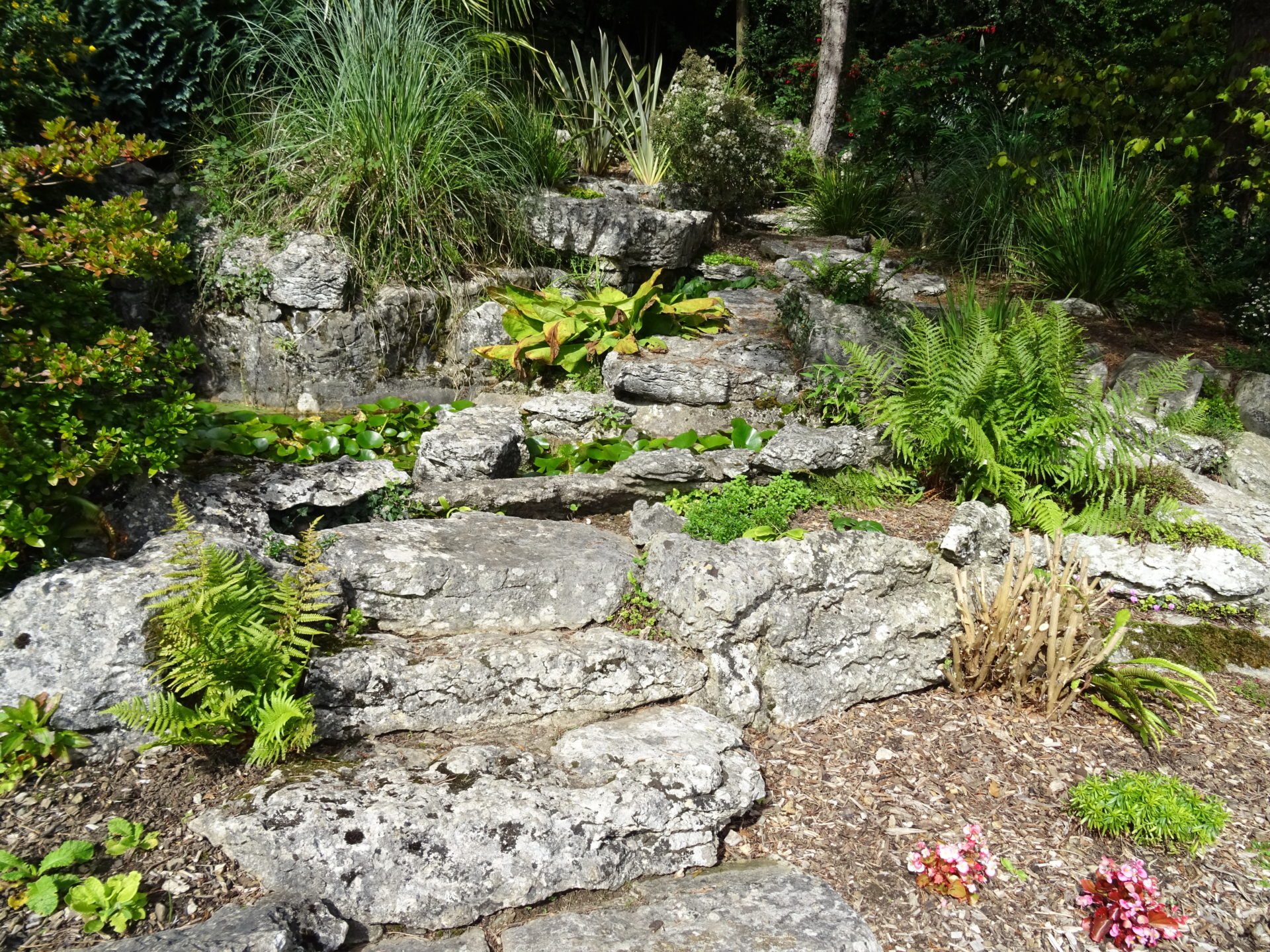 On the site of Yewbarrow Lodge apartments in the centre of Grange-over-sands, once stood a 19-Century house of the same name.

In 1915, the the owner, Arthur Leigh, died when the SS Lusitania sank.

At the beginning of World War Two, Yewbarrow Lodge took in young evacuees from Salford.

Subsequently, in 1941, an incendiary bomb hit, and badly damaged, the property.

Fortunately, nobody was killed, but the building was badly damaged and Lt. Col. Porritt spent the rest of his years living in the nearby Grange Hotel.

Austin Porritt was a champion archer, and in the 1930s the lawn area served as a practice ground.

In his will, Austin Porritt bequeathed the Lodge, garden and woodland to Grange Urban District Council.

His instruction was for the space to be retaines as an open space for the benefit of the inhabitants of Grange.

In the 1980s, the ruined house was demolished to make way for today’s apartments.