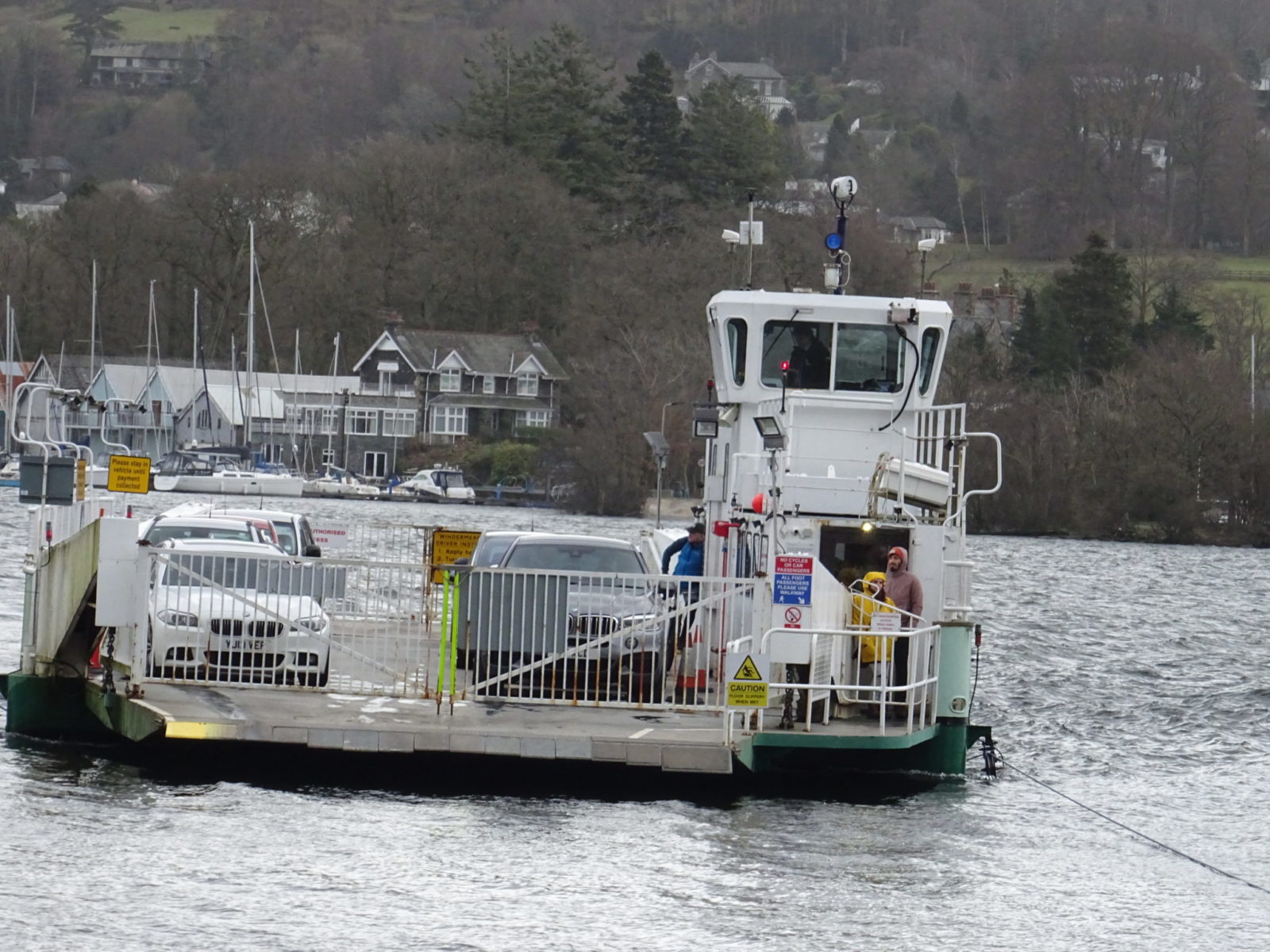 The Windermere Ferry is the only way to get from one side of the lake to the other (rather than travel all the way around).

The lake is at it’s narrowest at ‘The Nab’ near Far Sawrey and the opposite side at Bowness-on-Windermere. There has been a ferry of one sort or another since the 1300s.

The current ferry is named Mallard and was built in 1990 and is operated by a pair of cables under the lake.

It is owned and managed by Cumbria County Council.

It runs all year and can carry 18 cars and 100 passengers. However, coaches, motor bikes and even horses can be transported.

The crossing is so smooth and quiet it’s easy to be half way across before you realise it!

A toll is charged and the journey generally takes 10 minutes.

We invite you to stay