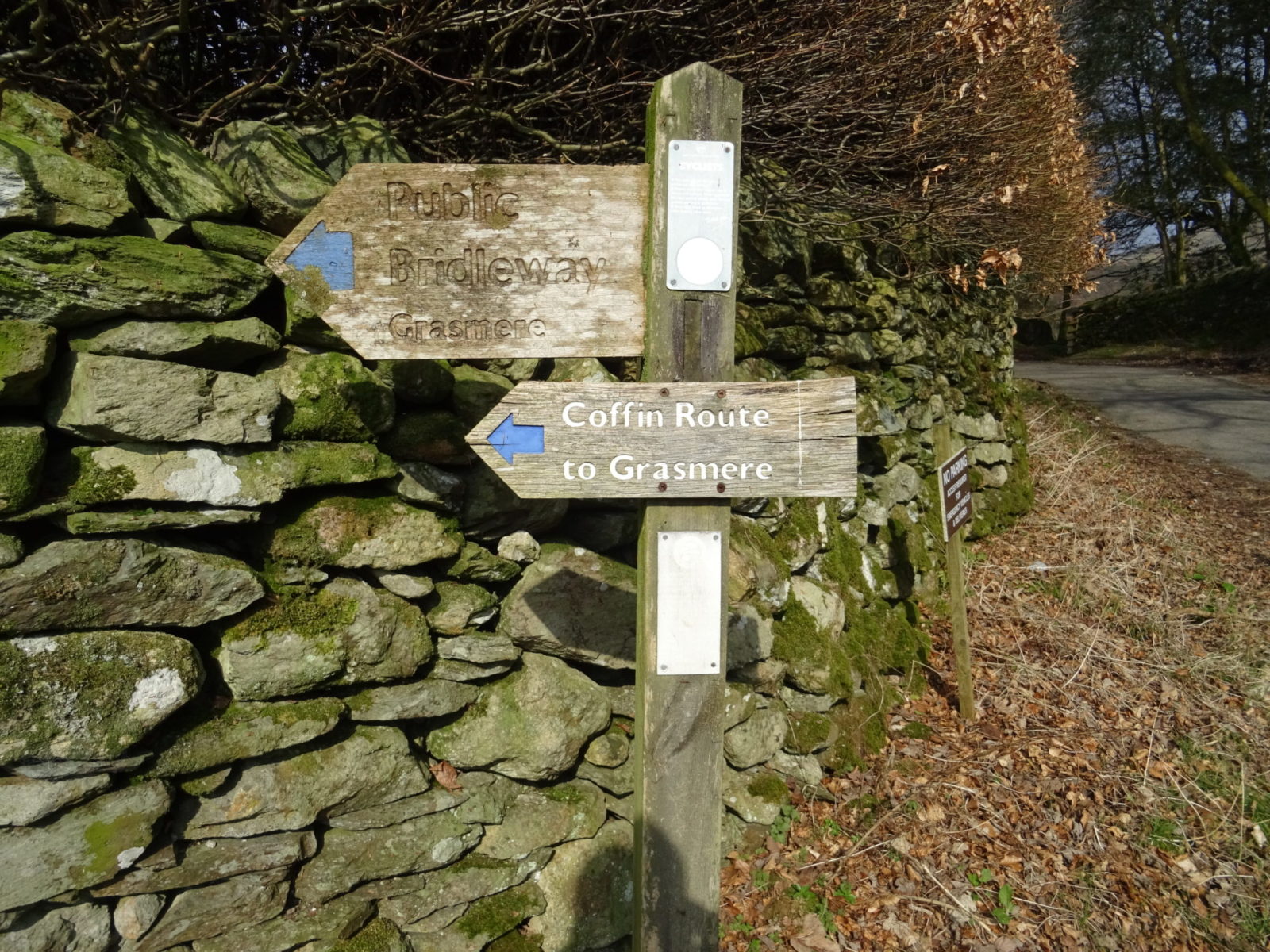 It’s highly likely that William Wordsworth and his family walked along this route from Rydal to Grasmere.

The path will have been regularly used before there was a consecrated local burial ground at Rydal.

This old corpse route would have been used to transport the dead over a fairly steep route.

The nearest consecrated burial ground at that time was at St Oswald’s Church in Grasmere.

There are two large stone ‘coffin slabs’ along the route where the bearers could put the coffin down and have a break.

The coffin route is approximately 4.5 miles along a well established path.

Finally, it takes about 40 minutes from Lothlorien in Kents Bank by car.