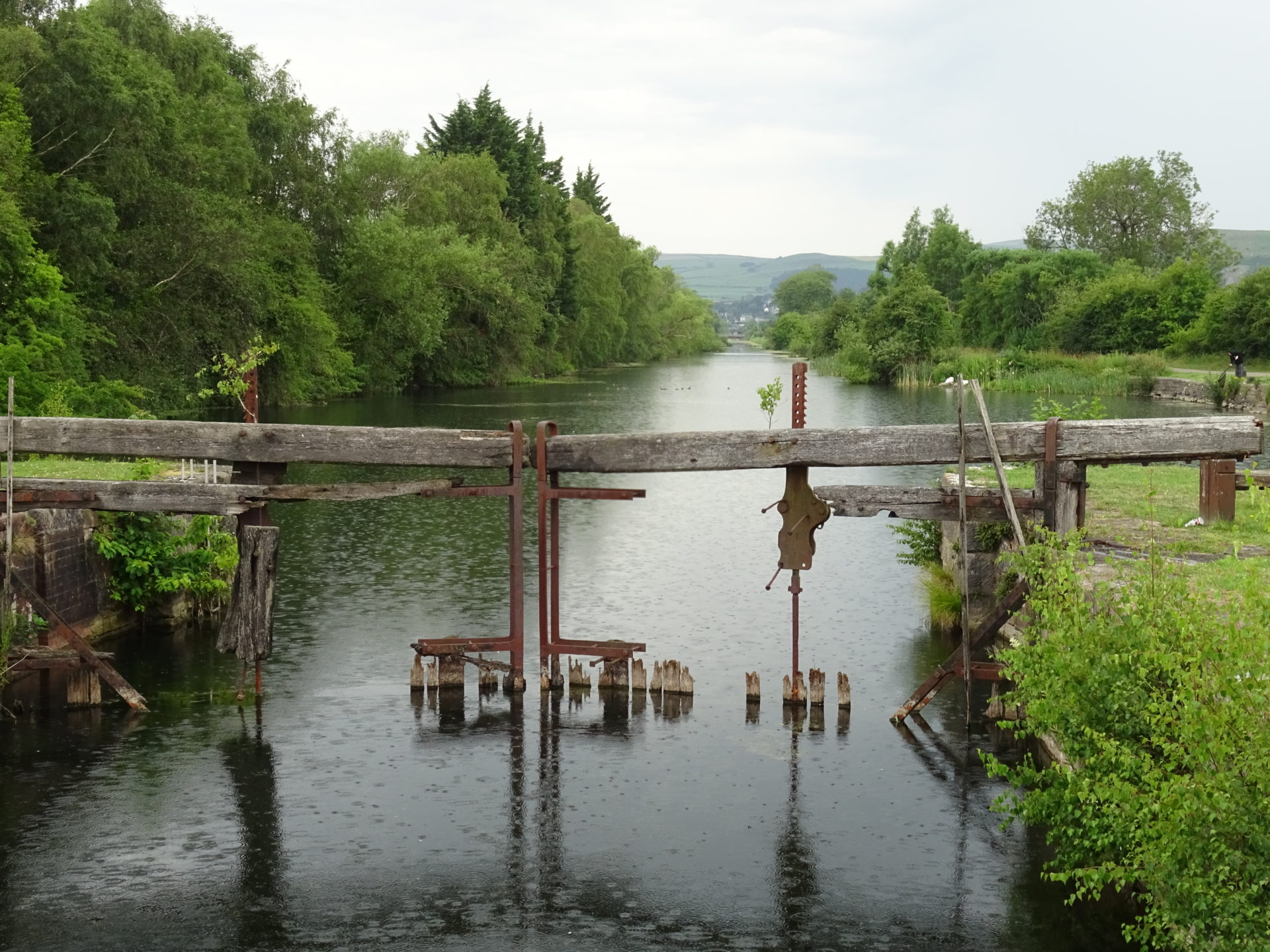 Ulverston Canal is a quirky waterway as it isn’t connected to the UK’s canal network.

It is just over a mile long, and straight as an arrow and on a single level.

In the beginning, Ulverston grew up as a centre for leather, copper and iron ore.

The ceremony to cut the canal’s first sod took place on September 4th 1796, and all of Ulverston went wild!

A procession headed by two fiddles and a bag-pipe went along to see the sod cut by Col. T Sunderland.

Consequently, in December 1796, England’s deepest, widest and straightest canal in the UK opened for business.

Furthermore, for leisure purposes, it is a lovely place for a walk.

Families, and dog walkers alike enjoy the peace and tranquility the canal and towpath brings.

The reward when you reach the end are fine views of the estuary and the railway viaduct.

The canal is actually situated one and a half miles from the coast.

On completion it provide the town with a waterway and port.

In its heyday, it was taking 400 tons, laden with iron ore, slate, stone and gunpowder.

On the first day, 4 vessels including 2 brigs from London and a sloop carrying coal came up the canal and docked in the basin.

The Ulverston Canal was once the starting-point for steamers to Liverpool, passenger ships to Scotland and London.

Similarly, at that time, cargoes of local slate, bobbins, Coniston copper and gunpowder shipped to coastal towns around Britain.

Unfortunately, the arrival of the Furness Railway in the mid-1840s scuppered the canal’s long-term profitability.

The canal closed down for good in the early 20th-century.

However, today, the canal still plays a role in the day-to-day life of the market town of Ulverston; as mentioned earlier, the towpath is a popular place to go for a stroll.