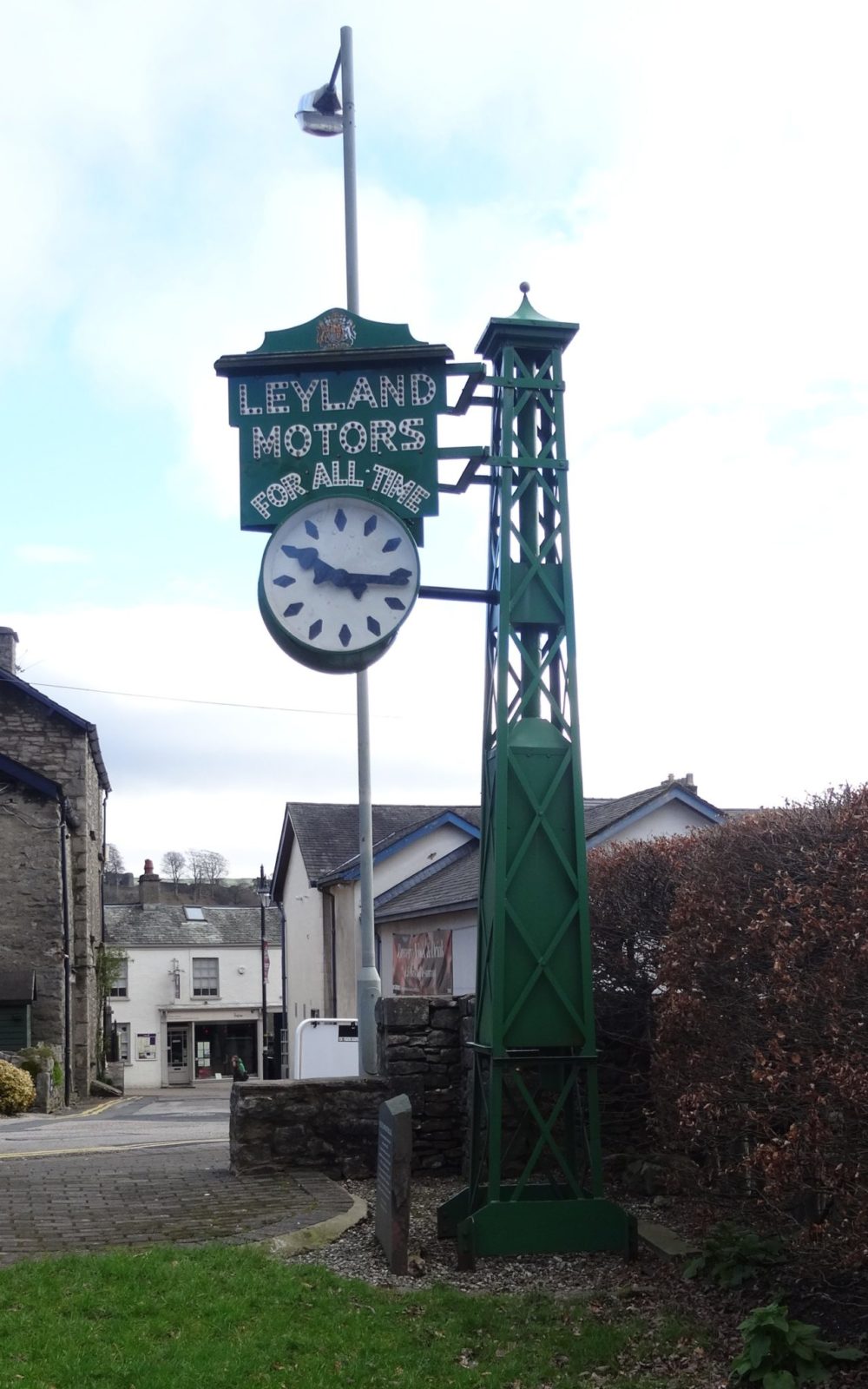 This Leyland Clock stood proudly for many years at the Jungle transport cafe on the A6 near to Shap.

In 1973, after being renovated, the clock was moved to the Kendal Brewery Arts Centre where it stands today.

Seven Leyland Clocks were located at prominent positions (including on the A1 near Boroughbridge in Yorkshire).

There’s an ongoing debate about how many clocks there were, but its generally agreed there were less than a dozen.