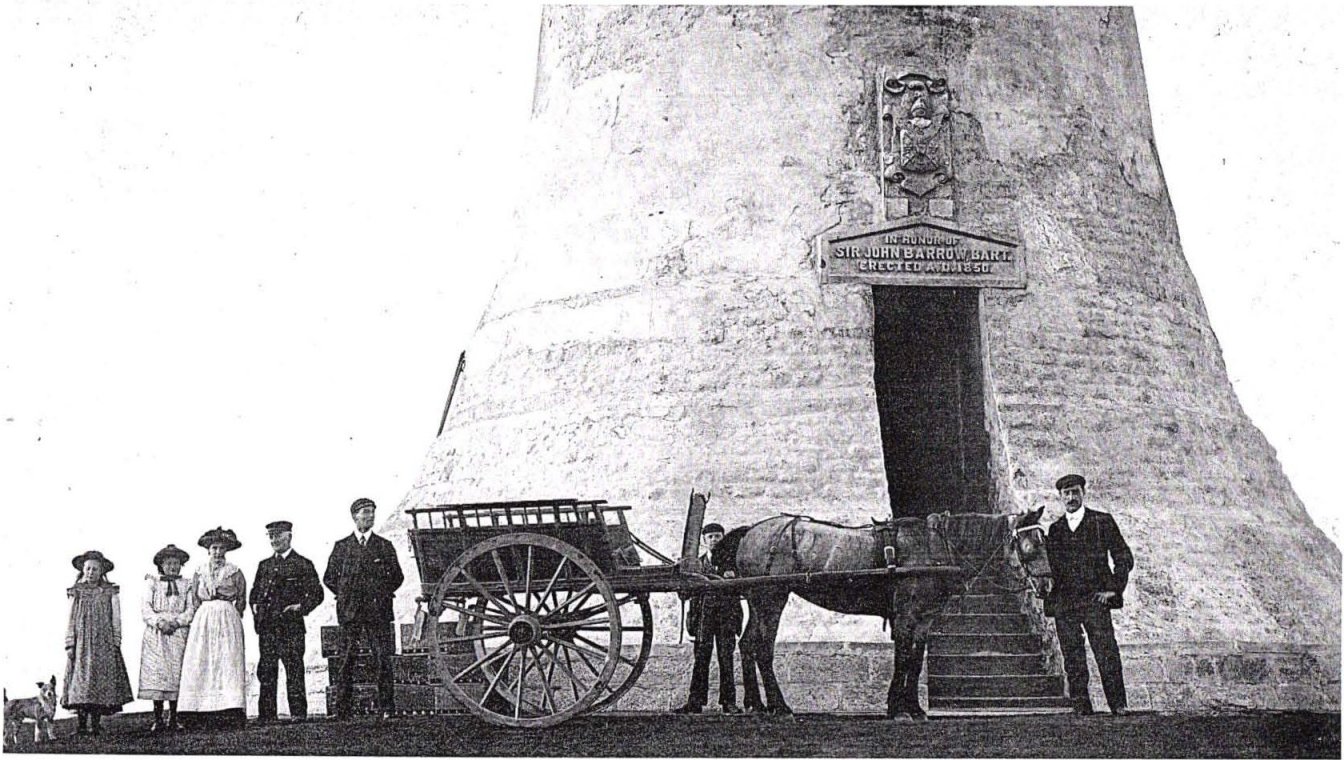 The Hoad monument is a memorial to Sir John Barrow who was born in Ulverston in 1795. Built in 1850 from local limestone it was funded by local subscription. The Hoad is a 100ft scale replica of the Eddystone lighthouse and was erected to commemorate Sir John Barrow who was a seafaring explorer and founder member of the Royal Geographic Society. The old photograph taken in 1905 and shows the monument keeper – John Tyson in the uniform at the foot of the monument. 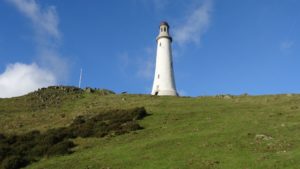 Morecambe Bay and the Lakeland Fells