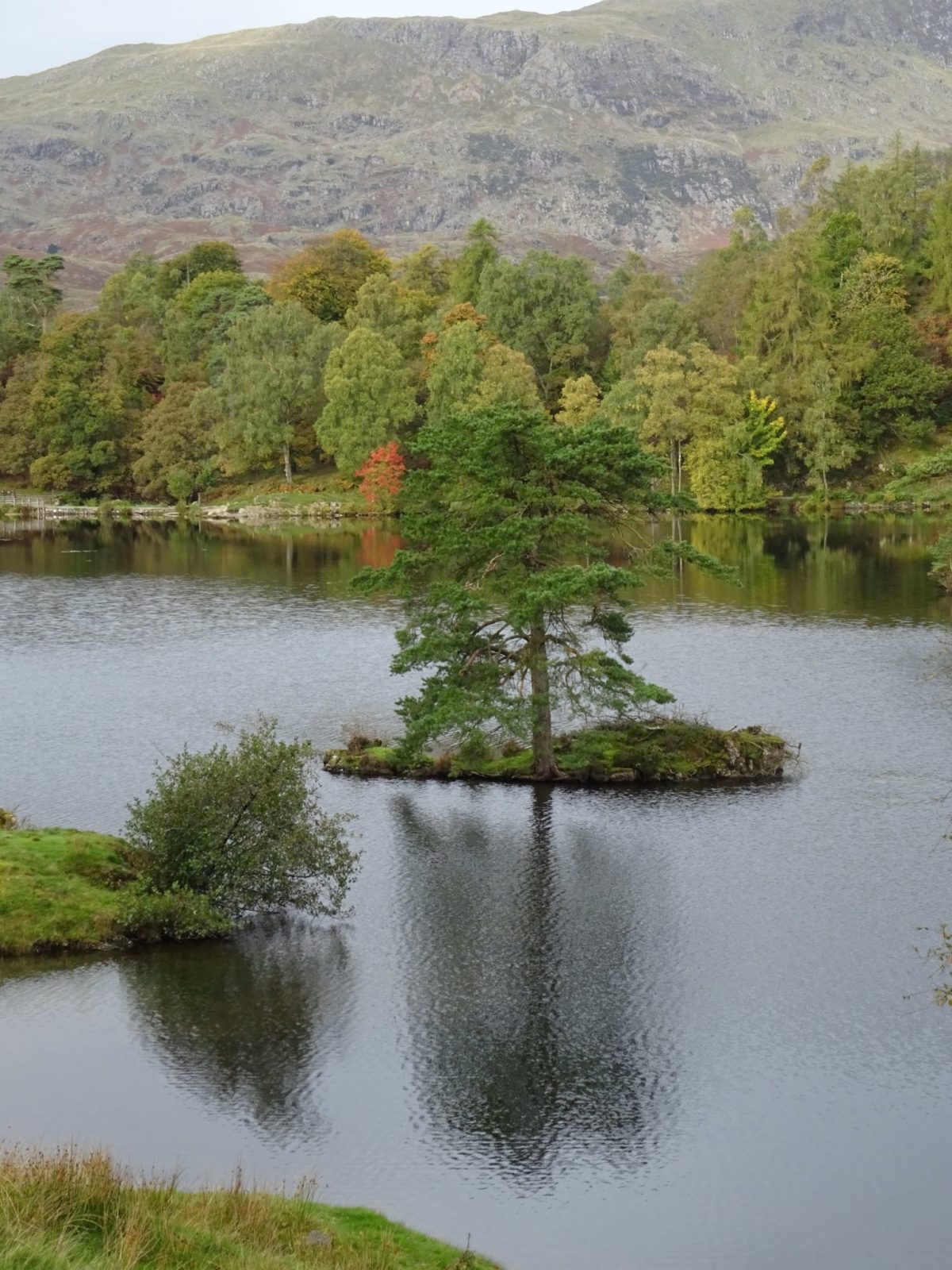 Tarn Hows is probably the most popular beauty spots in the Lake District.

It is pretty and picturesque especially in the autumn and winter.

This popular Lake District attraction is close to Coniston and Hawkshead.

You can picnic at the tarn, which is studded with islands.

Furthermore, it is surrounded by a gorgeous conifer woodland with a backdrop of rolling hills.

It  takes an hour to walk around the tarn on its well-kept paths.

The land here was donated to the National Trust by Beatrix Potter in 1930.

What is less well known is that the tarn used to be three smaller ones called High, Middle and Low Tarn.

In 1862, James Marshall gained the land and set about building a dam to raise the level.

This along with other landscaping largely created the Tarn Hows we see today.

Later he sold it to Beatrix Heelis, better known as Beatrix Potter, who eventually passed it to the National Trust for safe keeping.