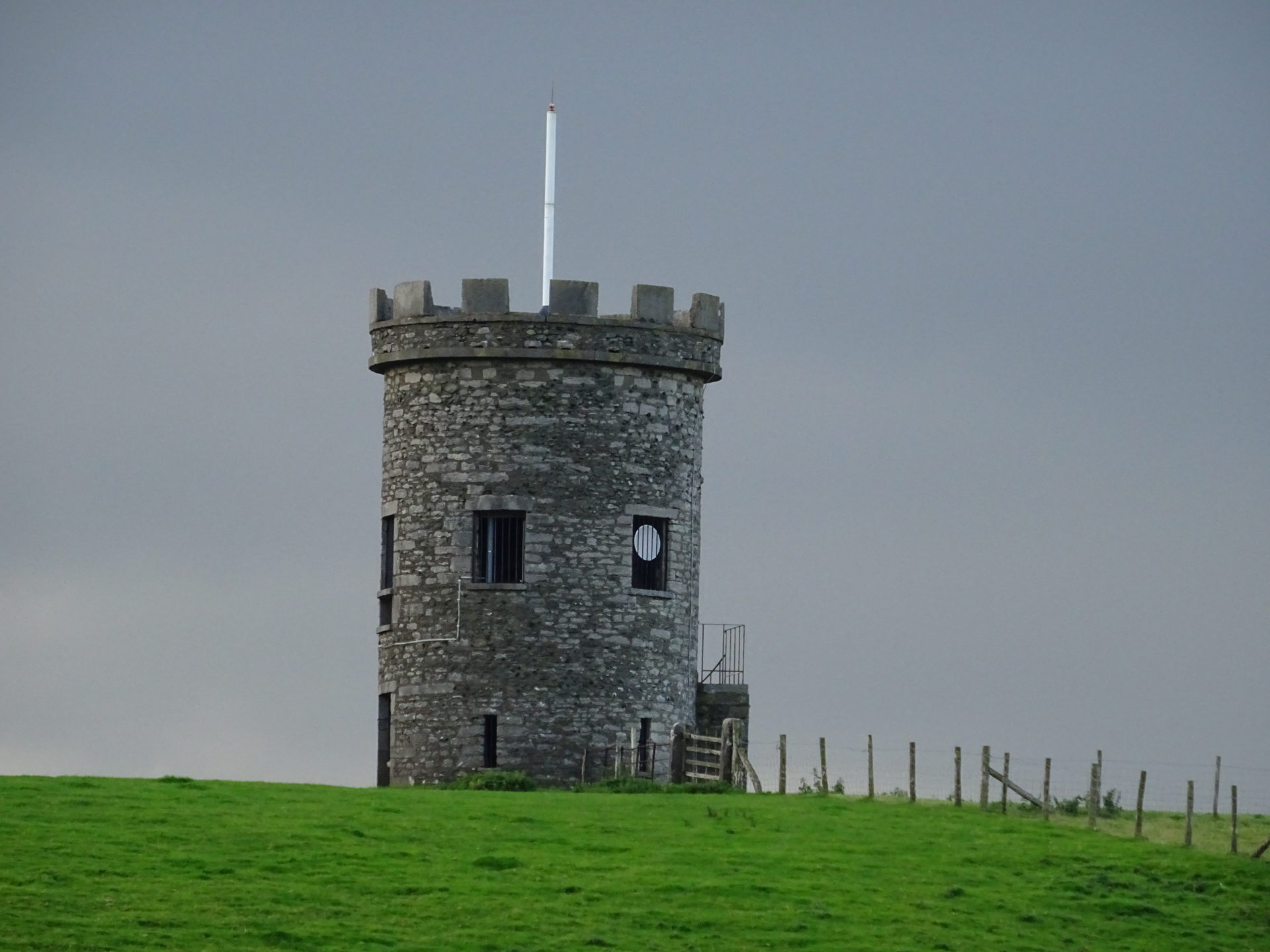 As you travel along the A6 between Levens and Milnthorpe stands a round, grey tower, on the hilltop close to Milnthorpe.

St Anthony’s Tower was built by Henry Smithies to commemorate the passing of the 1832 Reform Bill – an excuse for folly builders all over the country at that time.

The tower contains a vaulted ground floor chamber, and a first floor room reached by a winding external stair.

From there, an internal stair winds up to the roof of the tower, where the stump of a flagpole is still visible.

From the roof, the views over the Kent estuary will be stunning.

During World War II, the tower was used as an observation post, being manned by the Home Guard.

The building has been restored in the last few years but unfortunately does not have any public access.

you deserve a break