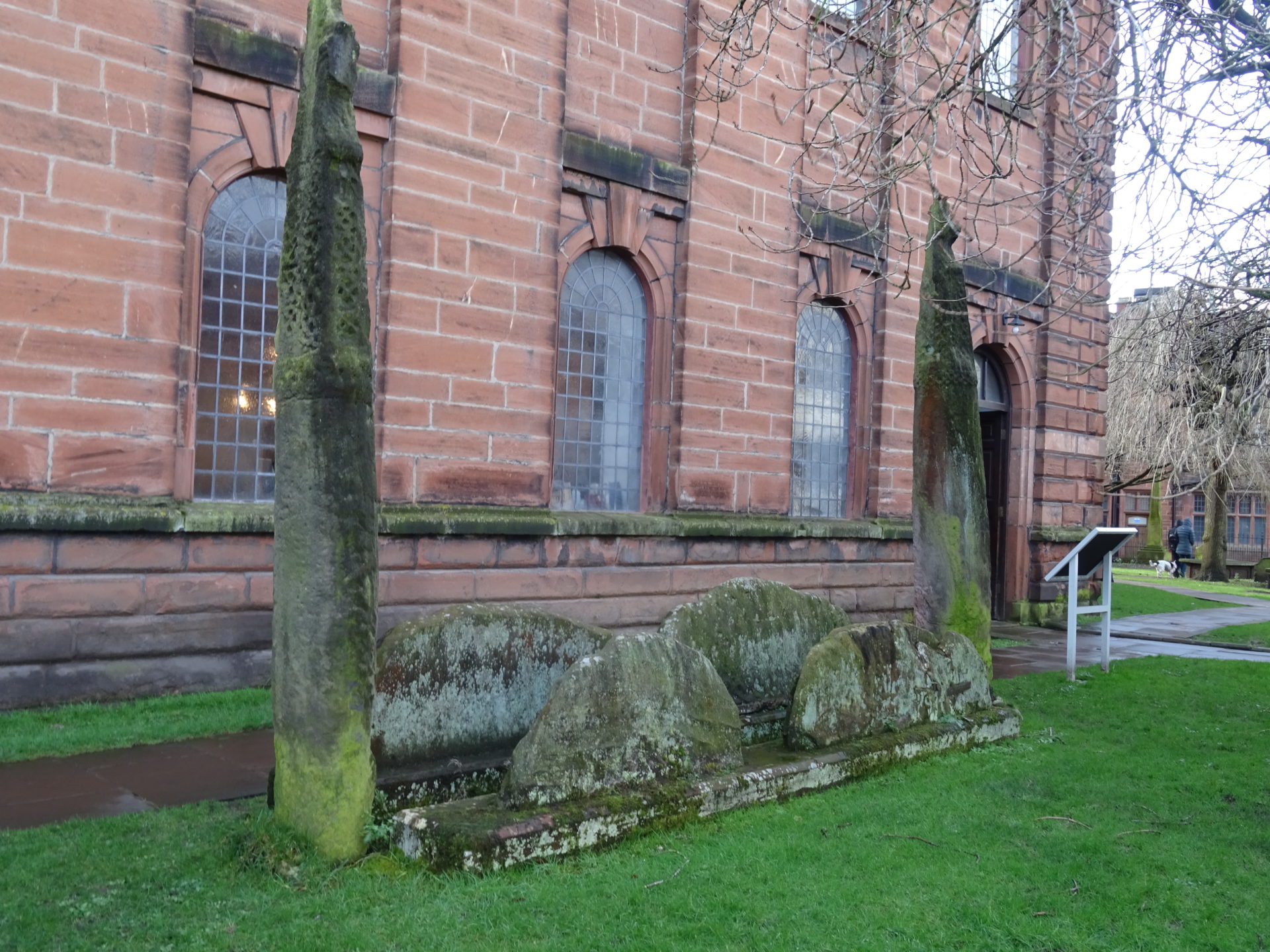 Here at St Andrew’s Church, Christians have worshipped here, on this site, in Penrith for over a thousand years.

Additionally, there is a possibility a chapel stood here in Saxon times. Augustinian friars  served the church in 1133.

The tower dates from 1397 and the the  nave and chancel built in the 1720s in the Georgian style.

Outside St Andrew’s Church in Penrith are three sandstone objects known as the ‘Giants Grave’.

It is believed they mark the grave of Owen Caesarious, King of Cumbria from 970 to 937.

However, they are now thought to be pre-Norman and the earliest remains of Christianity in Penrith.

Nearby is the ‘Giants Thumb’, an old Norse single cross dated around 920 and believed to be erected by Owen Caesarious as a memorial to his father.

In 1716, the parishioners of St. Andrew’s petitioned to build a new church on the grounds that the church was in dangerous and ruinous condition.

Finally, the present church was was consecrated in 1722 and is one of the finest examples of Georgian church architecture in the north of England.