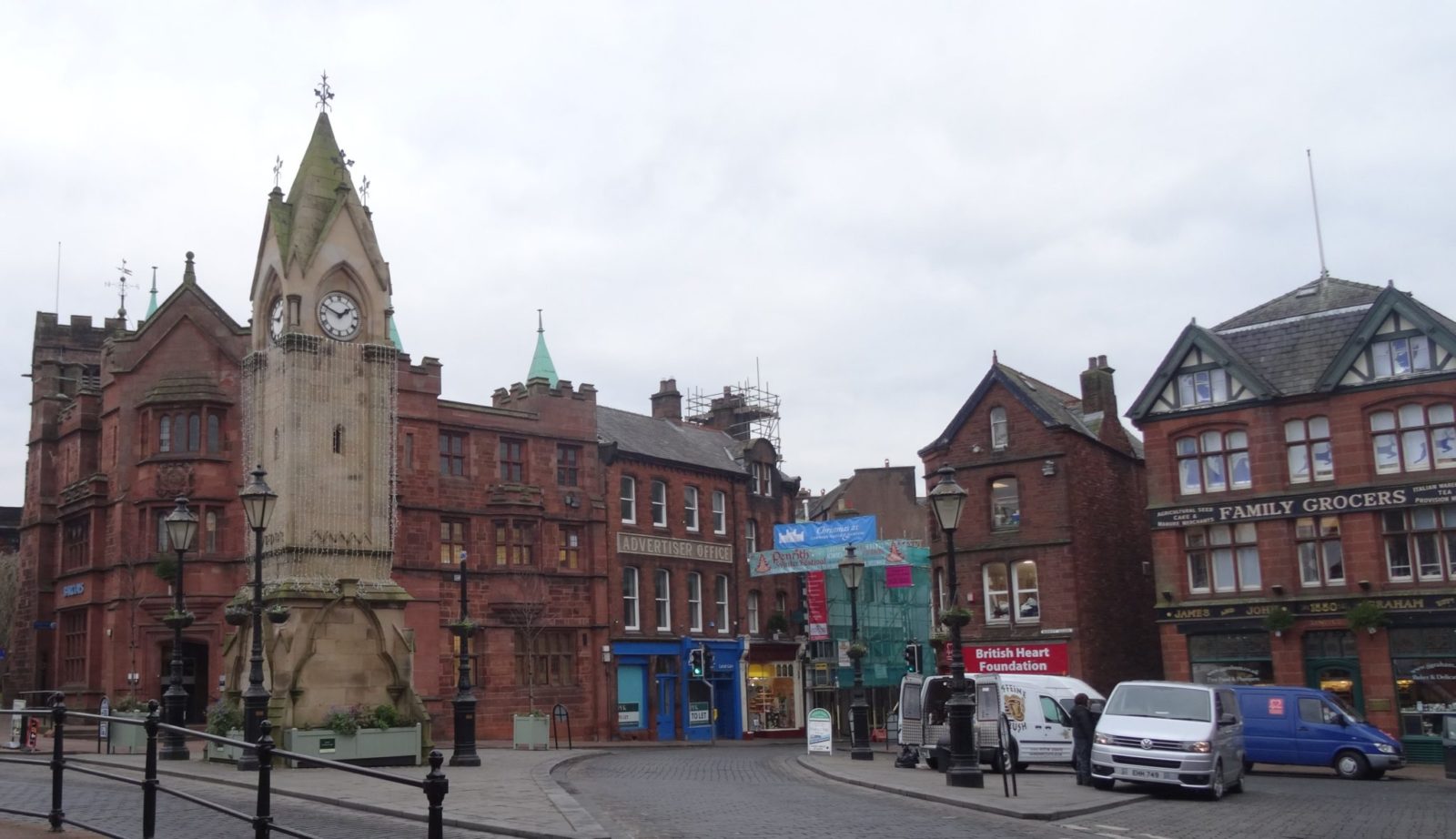 Penrith is a town with many attractions, not least the old inns and alleyways.

There is a flavour of bygone days around the crimson-bricked streets.

The buildings are impressive and look as if they were meant to last (presumably to deter the Scots).

Penrith has a long and often violent history.

Once part of Scotland, the town was seized for England by Edward I in 1295.

For the next fifteen years the border skirmishes continued.

Th travel time to Penrith from Lothlorien is 40 minutes by car.