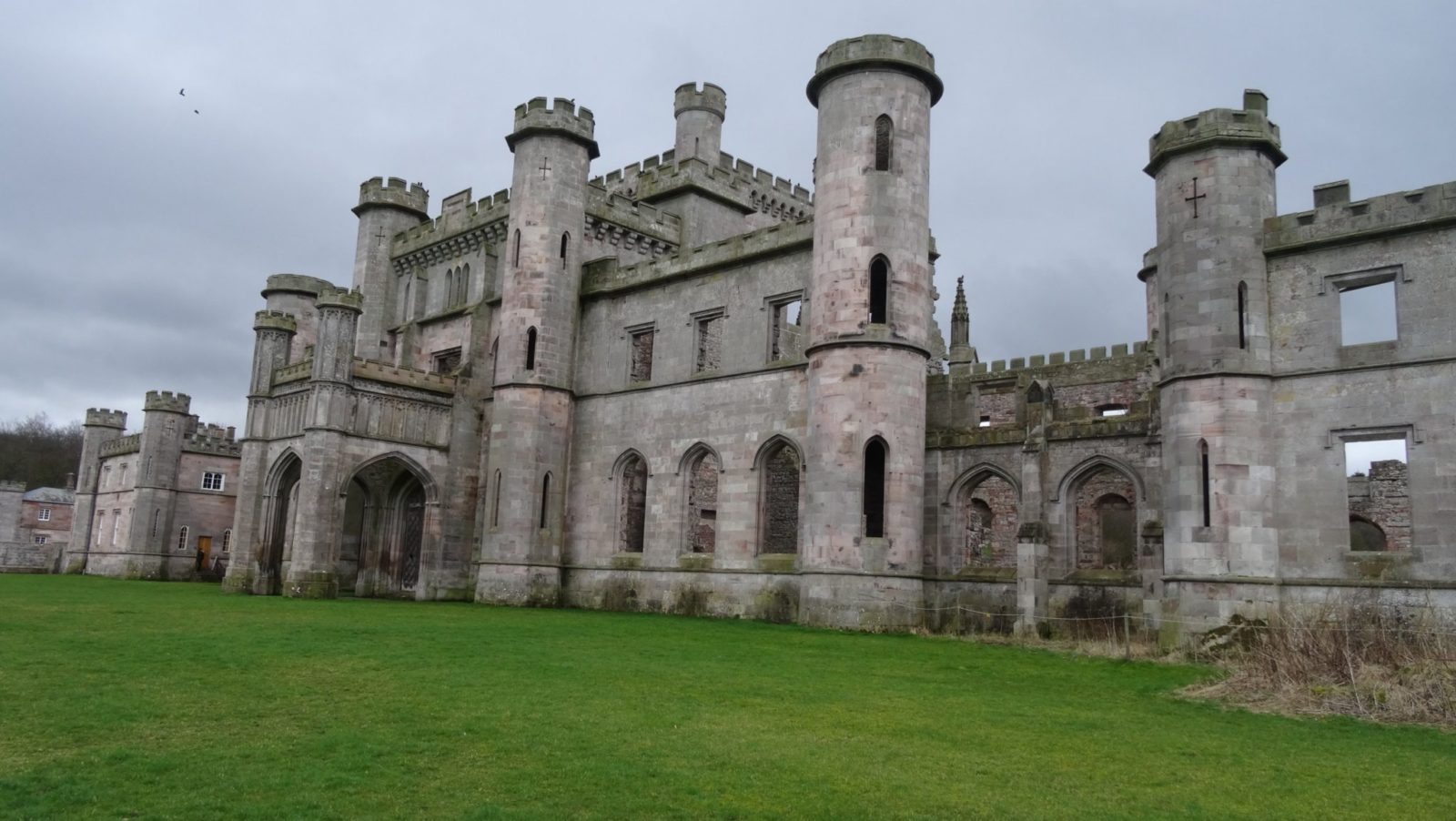 Since 1812, the dramatic Gothic profile of Lowther Castle has graced the park at Lowther.

The castle is the third or fourth grand building to inhabit the spot.

Nowadays, all that remains are the walls, turrets and battlements of the castle.

Behind the castle, the extensive gardens keep many secrets.

Lowther Castle gardens were first laid out in the 17th century and that formal structure remains.

Over the years, the 130 acres have been improved and neglected according to the times.

In the early 20th century, the Yellow Earl – an exuberant spender – added many extravagant touches including a Japanese Garden, an Iris Garden and mile-long borders of perennials.

Come the 1930s however and as for many other grand country houses, Lowther was hit by extensive change.

The Yellow Earl shut up the Castle and left. The gardens, open briefly to the public, were closed.

In 1942 the 49th tank regiment moved in and, pursuing a secret weapon experiment, covered much of the grounds in concrete.

Once the army left in 1945, the gardens were left to their own devices.

In 1957, the Castle’s fabric was dismantled and sold and the house became a ruin.

Fifty years of neglect came to an end in 1999 when English Heritage began to show an interest.

Lowther Estate Trust, now firmly at the helm, is stepping up the pace and Lowther Castle and Gardens are in the process of becoming a major visitor attraction for years to come.

A Warm Welcome Awaits You