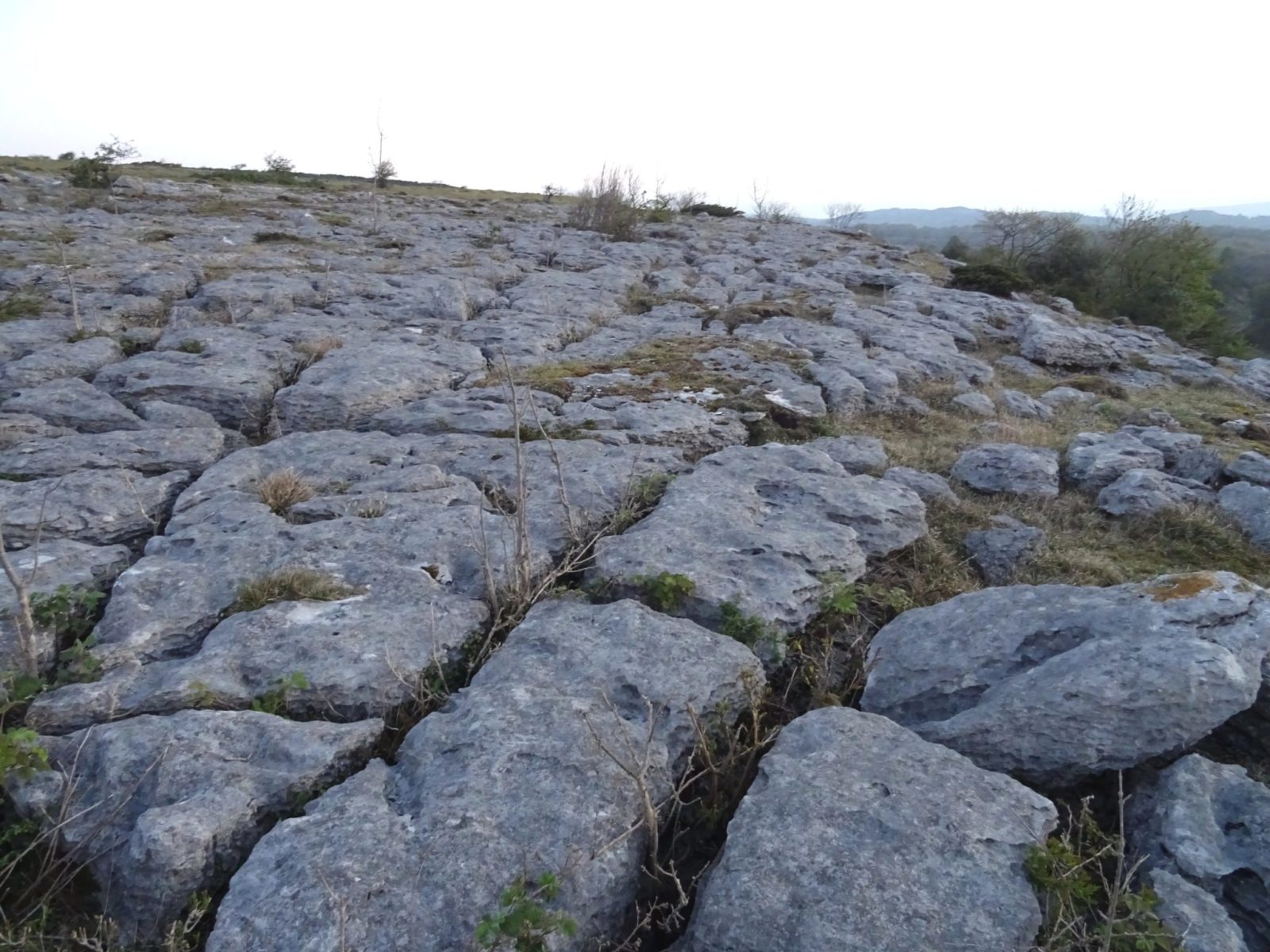 Hampsfell high above Grange-over-sands is home to large areas of Limestone pavements.

These Limestone rock surfaces were formed under warm seas about 350 million years ago.

The pavements seen today, were exposed around 10,000 years ago as soil was stripped off by moving ice during the last ice age.

Clints have formed large vertical cracks known as grikes which have been developed over time by weathering.

Limestone pavements offer a unique habitat for many unusual and interesting species of plant life including flowers and ferns.

Furthermore, rare alpine plants, including saxifrage flourish in the crevasses.

Limestone pavements are under threat, from the quarrying of ‘water-worn limestone’ to satisfy the demand for its use in garden rockeries.