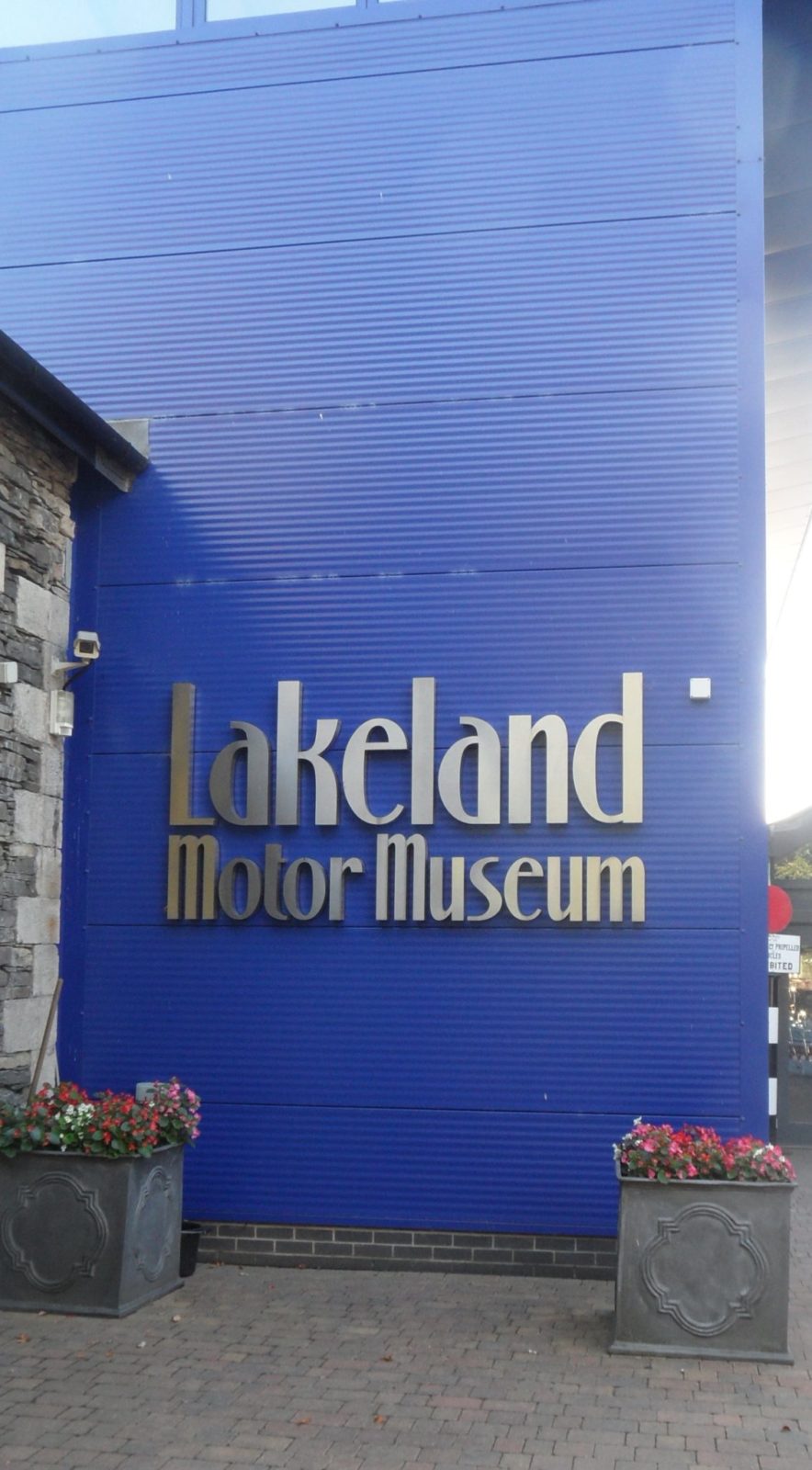 The Lakeland Motor Museum is a great local attraction where you can step back in time.

There is something here for all the family.

Besides being in a beautiful location, this modern state-of-the-art museum is a must for all motoring enthusiasts.

Initially, the museum opened its doors at its original site at Holker Hall in 1978.

As a consequence, it has welcomed more than 1.5 million visitors.

The current museum is a collection of some 30,000 exhibits collected over a period of 50 years.

The collection is home to more than 150 cars and motorbikes, plus bicycles, pedal cars and other motoring related items.

A recent special addition to the museum is the iconic DMC DeLorean.

The instantly recognisable car with gull wing doors rolled off the production line over 40 years ago.

Additionally, with its brushed stainless steel body and starring role in the Back to the Future movies this car is set to delight fans for years to come.

Similarly, the Amphicar on display is one of the most unconventional cars ever.

German engineer, Hams Trippel, created the car who then marketed it as the “sports car that swims”.

The four-seater convertible is easily converted into a seaworthy boat with the flick of a lever.

In addition, it was then able to reach 10 knots on water.

It is aided by twin propellers and using the steering wheel as a rudder.

All things considered, it is hard to believe that the Amphicar is 55 years old and was clearly a car ahead of its time.

It is fair to say, that the collection will unlock nostalgic memories for everyone.

A 1940s light delivery vehicle – known as the ‘Tri-van’ has been restored to full working order and currently takes pride of place in the museum.

It was originally built by a Wolverhampton firm called Turner Manufacturing Ltd, but sold under the brand name – Light delivery Vehicles.

Accordingly, the museum bought the vehicle at auction and had it restored locally. The Tri-Van was rebuilt in Greenodd and repainted in Ambleside.

The Peel P50 is the smallest production car ever made.

This three-wheeled micro-car was originally made by the Peel Engineering Company on the Isle of Man between 1962 and 1965.

This small exhibit was loaned to the museum by longtime supporter Gordon Fitzgerald from Kendal who sadly died earlier this year.

Furthermore, a separate dedicated exhibition stands as a tribute to father and son, Sir Malcolm and Donald Campbell.

The pair between them, captured twenty one world land and water speed records in the Bluebird series of cars and boats.

Donald Campbell tragically died on Coniston Water in January 1967, whilst attempting to break his own water speed record.

Last but not least, further highlights include full-size replicas of the Bluebird car built in 1935, the Bluebird K4 boat, and the famous 1967 jet hydroplane, Bluebird K7.

What is more, Café Ambio, is on the same site, overlooks the River Leven and is an ideal spot for something to eat or drink.