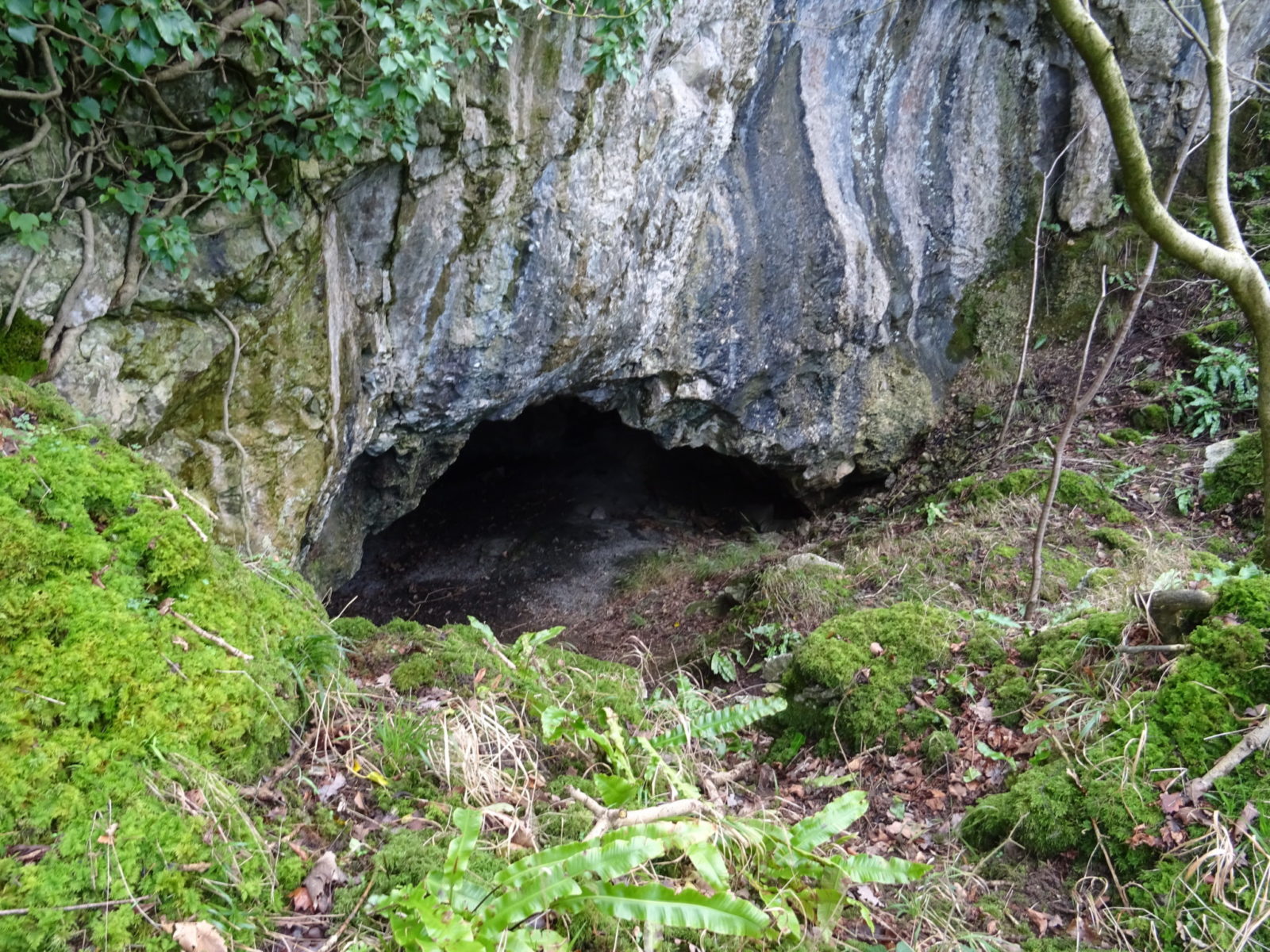 Not many people know this (including many locals), so I’ll let you into an amazing Kents Bank secret.

So, here goes. Kents Bank has its very own cave tucked away on Kirkhead.

Kirkhead Cave is in the Parish of Allithwaite and is one of only three known Palaeolithic caves in Cumbria.

Palaeolithic caves and rock shelters provide some of the earliest evidence of human activity in the period from about 400,000 to 10,000 years.

Furthermore, following excavation work analysis of some of the bones found in the cave revealed they are the earliest bones known from Northern Britain.

Experts examined a fragment of a human leg bone and radiocarbon dated it to just over 10,000 years old.

So, this the earliest known human bone from northern Britain, following the retreat of the polar conditions of the last Ice Age.

The large chamber in Kirkhead Cave has been excavated on numerous occasions going back to the 1860s.

Further, along with human bones, other bones found included horse, cattle and even elk.

A Warm Welcome Awaits You