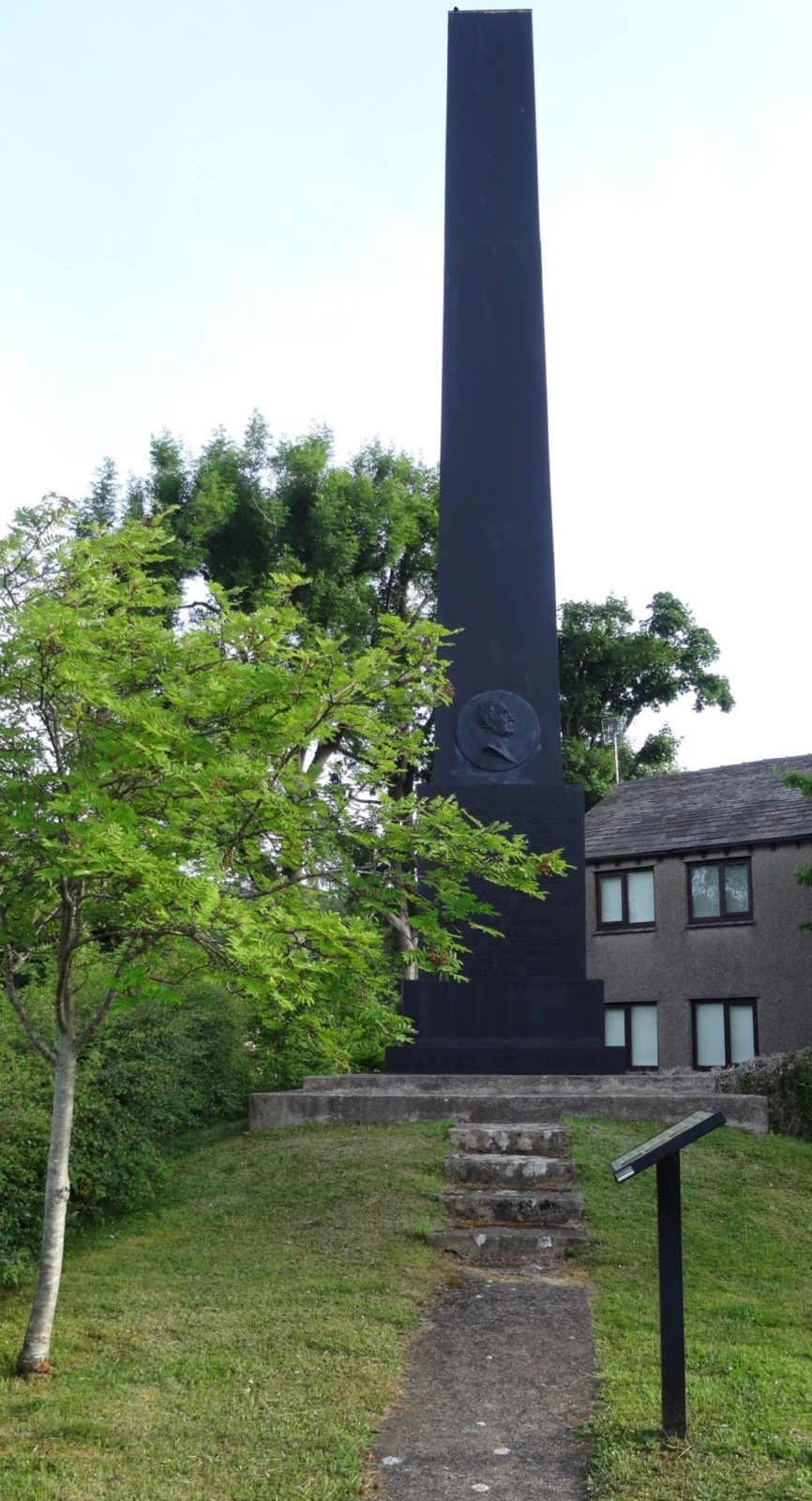 John Wilkinson was born in 1728 and was known in later life as ‘Iron Mad’ Wilkinson.

He lived in the village of Lindale near Grange-over-Sands in Cumbria.

During his early years he helped at his father’s furnaces in Lindale and Backbarrow.

As a young man, Wilkinson had grand ideas which required bigger and stronger furnaces.

He started his own businesses in the West Midlands.

Furthermore, he was also responsible for designing and building the famous iron bridge over the River Severn at Coalbrookdale.

The bridge was notable as it used joints, pegs and keys in place of nuts, bolts and screws.

At the crossroads on the road to Grange-over-Sands stands an iron monument erected to the memory of its most famous son.

The 40-foot obelisk, which weighs twenty tons, is one of the country’s most curious of ancient monuments.

Wilkinson died aged 80 and had requested to be buried in his garden at Castle Head, and his instructions were duly carried out.

Additionally, a later owner of the house objected to the monument and removed it from the garden, while Wilkinson’s remains were re-interred in the churchyard at St Paul’s Church in Lindale.

The monument was replaced and erected in its present position in 1863.

The Topiary Gardens and Levens Hall