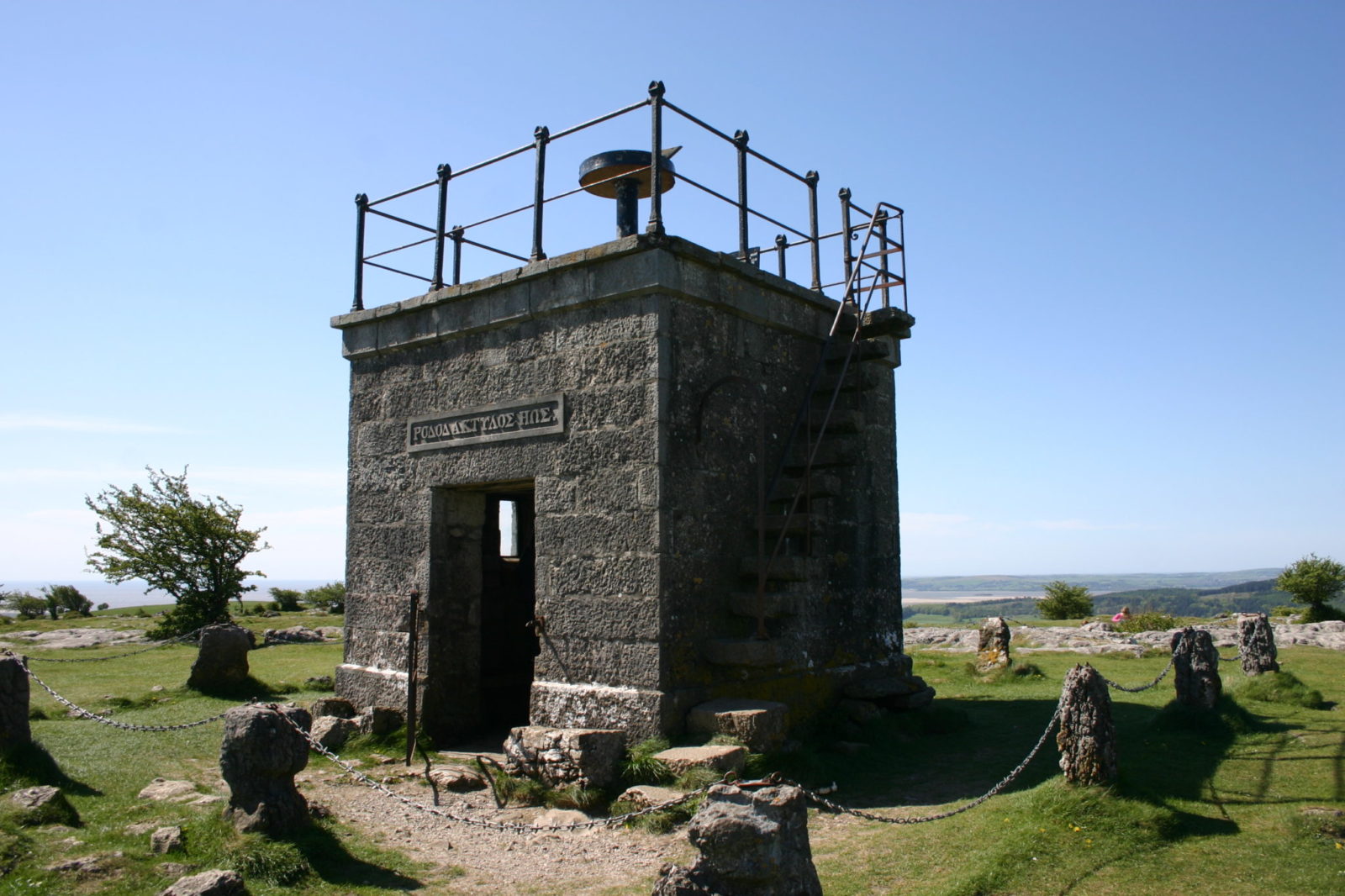 Some of the best views of Morecambe Bay can be viewed from the top of Hampsfell which is situated between Grange and Cartmel.

You can experience the wonders of the bay with views from Yorkshire in the east to Blackpool and beyond to the west.

Looking to the north you can see the mountains of the Lake District.

Situated on top of Hampsfell is a walking shelter known as Hampsfell Hospice.

This limestone shelter was constructed in 1846 by the vicar of Cartmel.

It is thought that the hospice is purely a folly of George Remington, who was the vicar between 1835 and 1854.

On the outside of the building, over the doorway, the Greek lettering apparently reads ‘Rosy-fingered dawn’, presumably because it looks directly into the rising sun.

Slabs of granite form the steps on the outside and, protected by an iron rail, which lead to a flat roof and the turntable and identifier.

The views from here are spectacular.

Inside the building you will find a fireplace, seating and on each of the interior four walls there is a beautifully painted notice.

Allow an hour to walk up to the hospice from Grange.