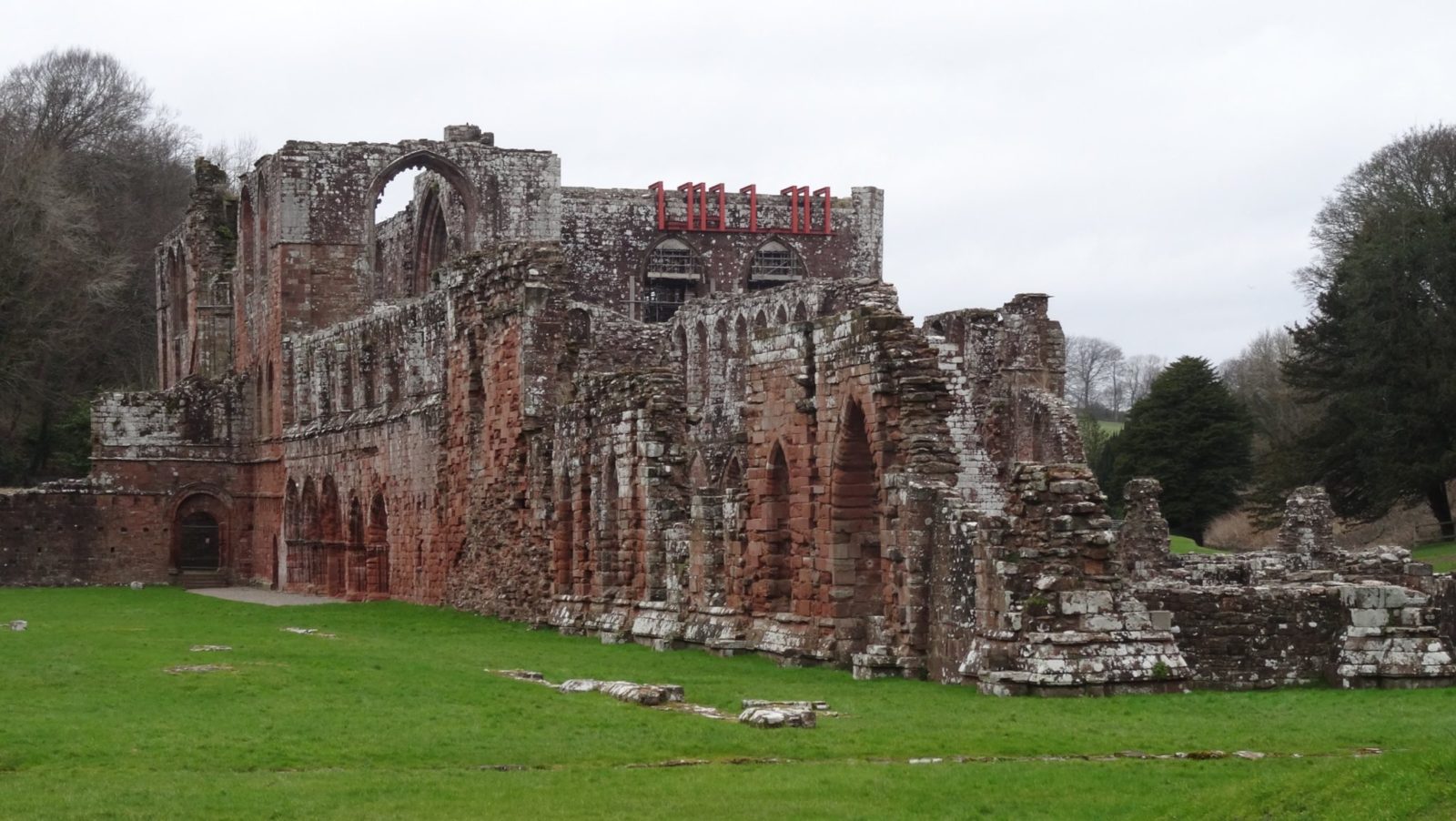 Furness Abbey near Barrow in Furness was once one of the richest Cistercian monasteries in England.

The wealth came from such things as farming, controlled fishing, production of grain and leather.

The majestic red sandstone are the remains of the lovely 12th-Century abbey that sits in a peaceful valley.

William Wordsworth called it the ‘vale of nightshade’.

The soaring ruins soak up the grandeur of this 900 year old site.

The majestic remains of Furness Abbey once housed the flourishing community of a wealthy order.

Many of the buildings are still standing which made up the Abbey, including the Outer Court, the Church with its North and South Transept and Tower, the Cloister Court, Chapter House, the dormitory, infirmary and kitchen.

The Abbey was founded by Count (later King) Stephen of Boulogne around c.1125.

Much of the structure is the later Cistercian, as opposed to the original Savignac.

The Abbey developed a harbour on Walney Island to promote its trade in wool and iron, and built a castle at Piel for protection.

It became such a prize that the Scots raided it twice and survived until henry VIII chose it to be the first large abbey to be dissolved.

The Abbey has undergone years of restoration work to preserve the 500 year old building.

It was partly destroyed in 1537 during the English Reformation under the orders of Henry VIII.

Furness Abbey is 40 minutes away from Lothlorien by car.