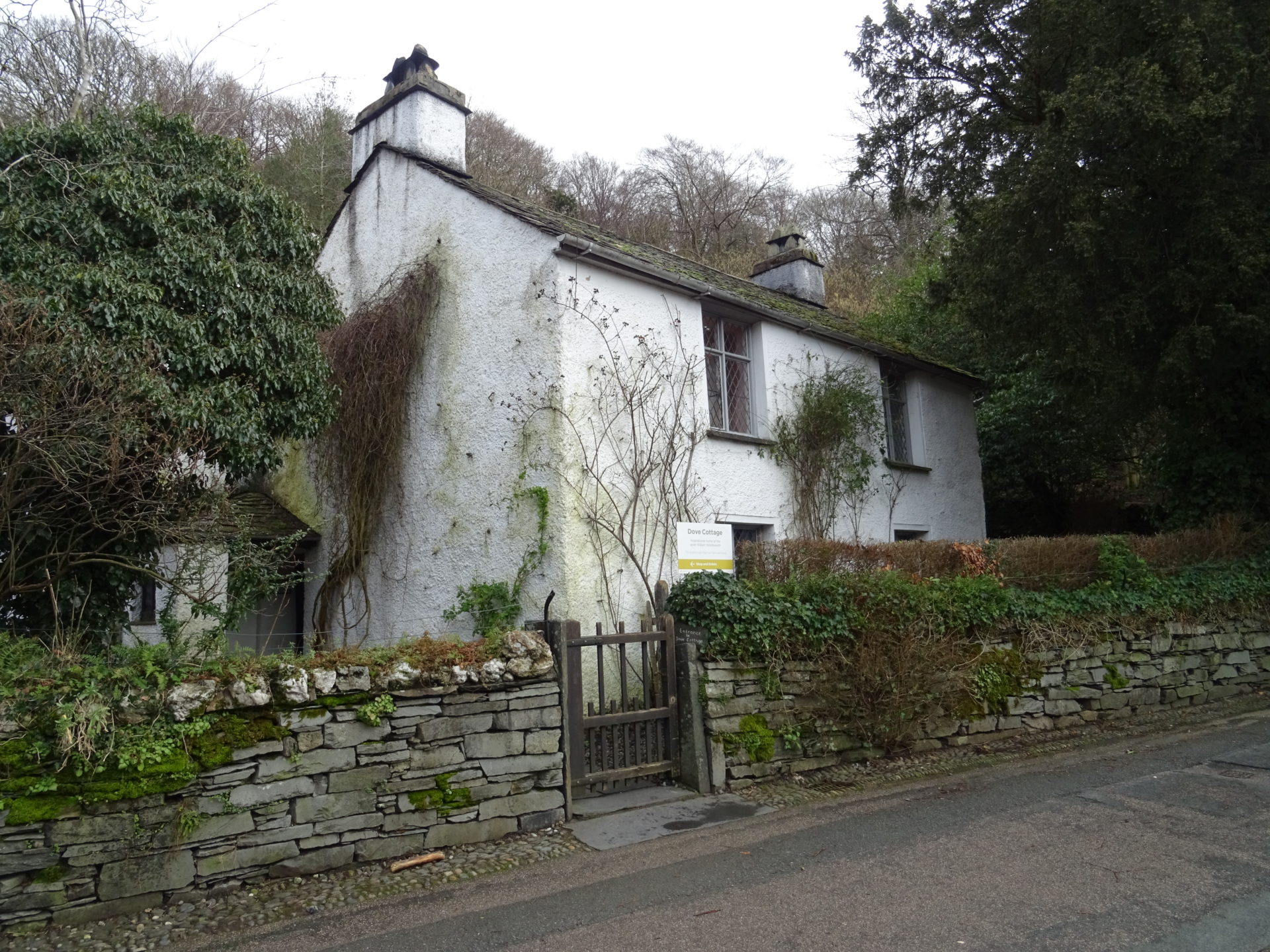 “This plot of orchard-ground is ours”

Dove Cottage in Grasmere is the world-famous home of William and  his sister Dorothy.

The Wordsworth’s arrived at this charming cottage in 1799.

William married Mary in 1802 and three of the couple’s five children were born here.

The cottage has been open to the public since 1891 and kept in good condition.

During their time at this small cottage, other poet friends came to live nearby, including Samuel Taylor Coleridge, Robert Southey, who later became Poet Laureate.

Their Grasmere home and museum is due to reopen on Saturday August 16th 2020.

After several months of closure due to major restoration work, Dove Cottage will again open its doors.

Cycling in the Lake District