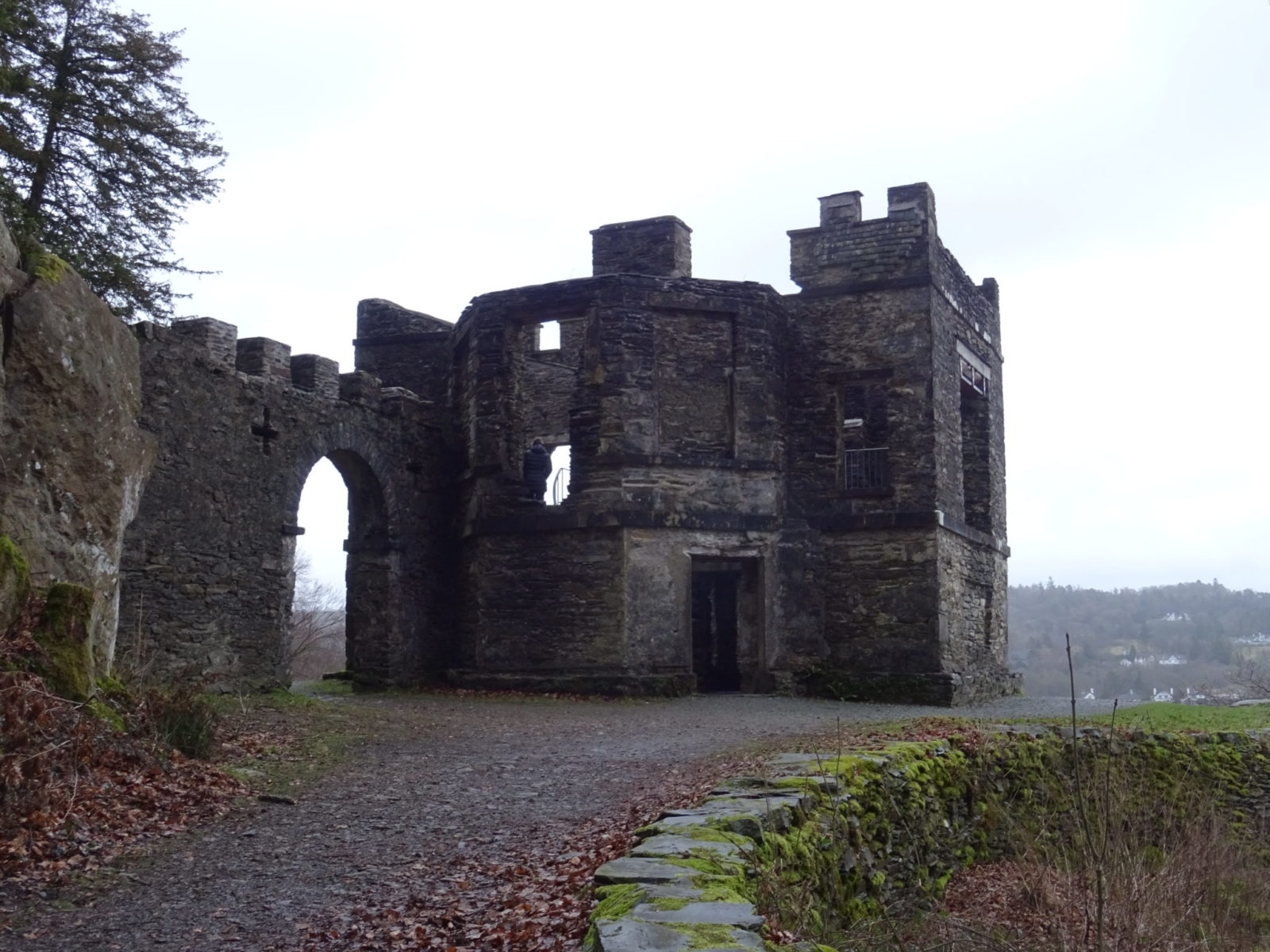 Claife Viewing Station is an attraction well worth a visit and not too far from Lothlorien.

Set on a rocky hillside overlooking Windermere, this ruin of a residence noted for each room being glazed in different coloured glass to represent the landscape in the changing seasons.

It was originally built in the 1790s as a summer house by a local clergyman and further expanded in later years. It was once owned by the Curwen family, who owned Belle Isle, Windermere’s only inhabited island.

During the 1800s the building was used by wealthy visitors for social events, such as, parties and dances and theatricals.

It was certainly a place to go and been seen on Windermere at that time.

Cumbria is open for business