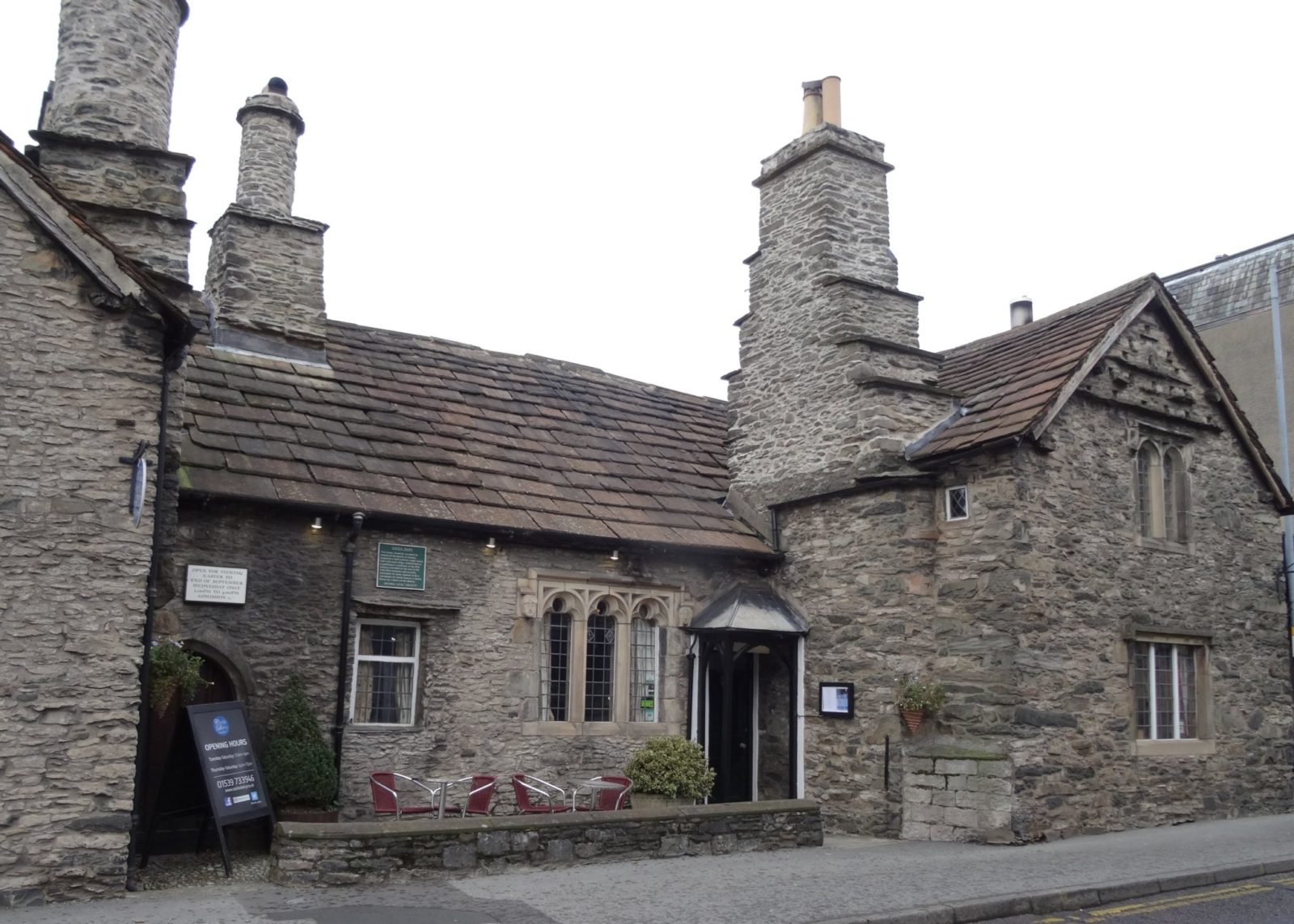 The Castle Dairy in Kendal is a medieval building, probably the oldest occupied building in the town.

Some parts of the landmark building date back to the 14th century.

As the name implies, it must have had connections with Kendal Castle at some point.

A lot many of the original features still exist.

Furthermore,  records show the building was renovated in 1560 for Anthony Garnett.

The building was constructed of course rubble and quoins.

Originally a farmhouse, the upper floor holds a small chapel which reputedly has the smallest window in Kendal.

A local story says that the floor is all that remains of a Roman road that used to run across Wildman Street along the banks of the River Kent but this may just be a story.

The Grade I listed building is now run by Kendal College.

At the beginning of 2020 the college decided on a new direction introducing a programme of quarterly activities for adults.

By using Castle Dairy for adult education and recreational programmes, it is the next chapter in the building’s long history.