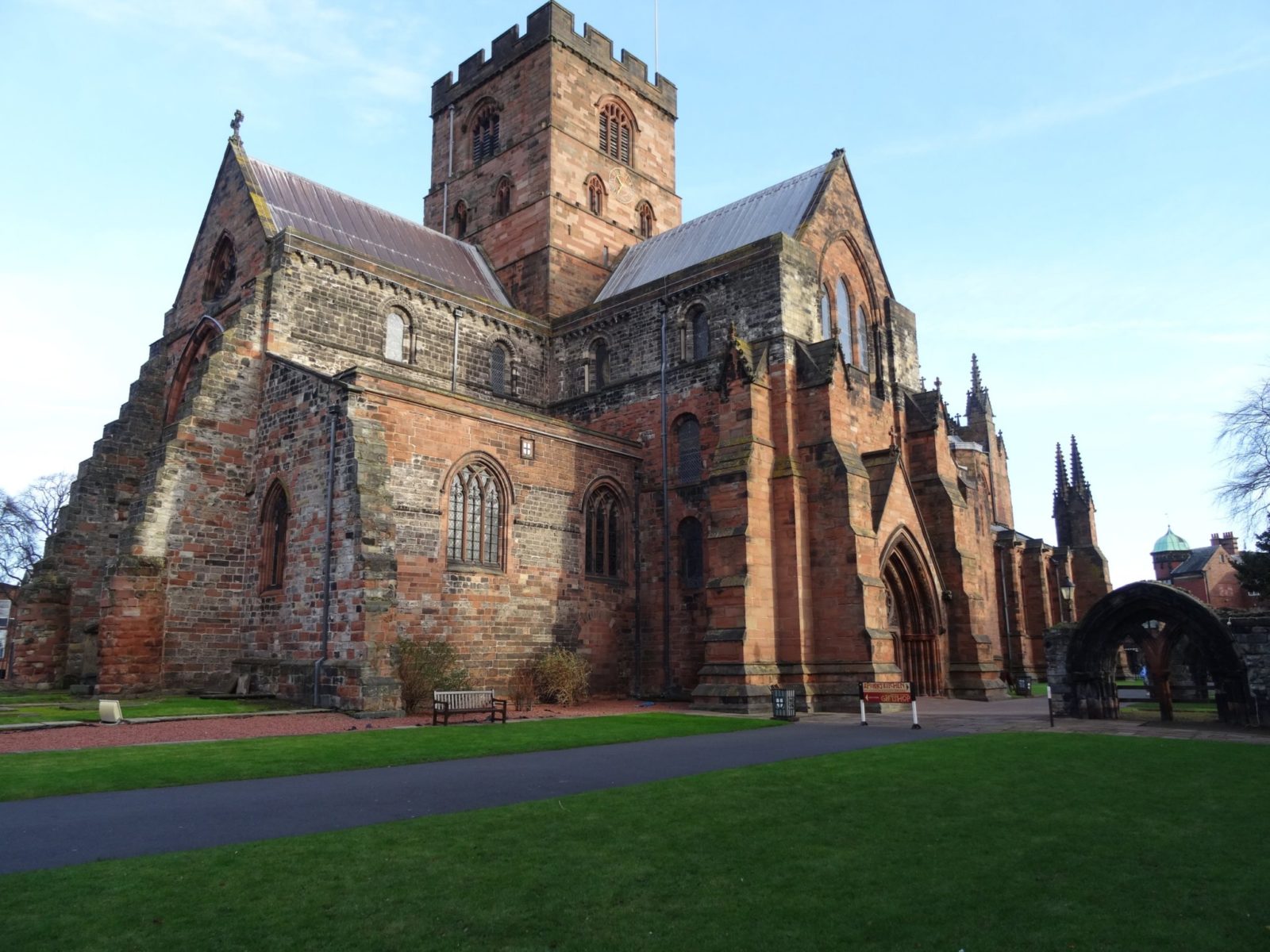 Carlisle Cathedral, founded in 1122 as a priory and became a cathedral in 1132.

For over 900 years, there has been a service held here every day.

One of its most obvious features is its small size. Only Oxford Cathedral is smaller.

The cathedral has not always been so small.

It has seen troubled times – in particular a serious fire in 1292 which seriously damaged the fabric of the building.

Additionally, partial demolition by the Parliamentarians during the Civil War – combined with soft stone, leaving the present truncated structure.

It has a magnificent high ceiling with a beautiful blue background and gold plated stars.

In addition to the barrel-vaulted roof, other notable features are the 15th-century carved choir stalls and dramatic 14th-century East Window.

There’s also a Brougham Trypitch altarpiece from the 16th century which was in Amsterdam.