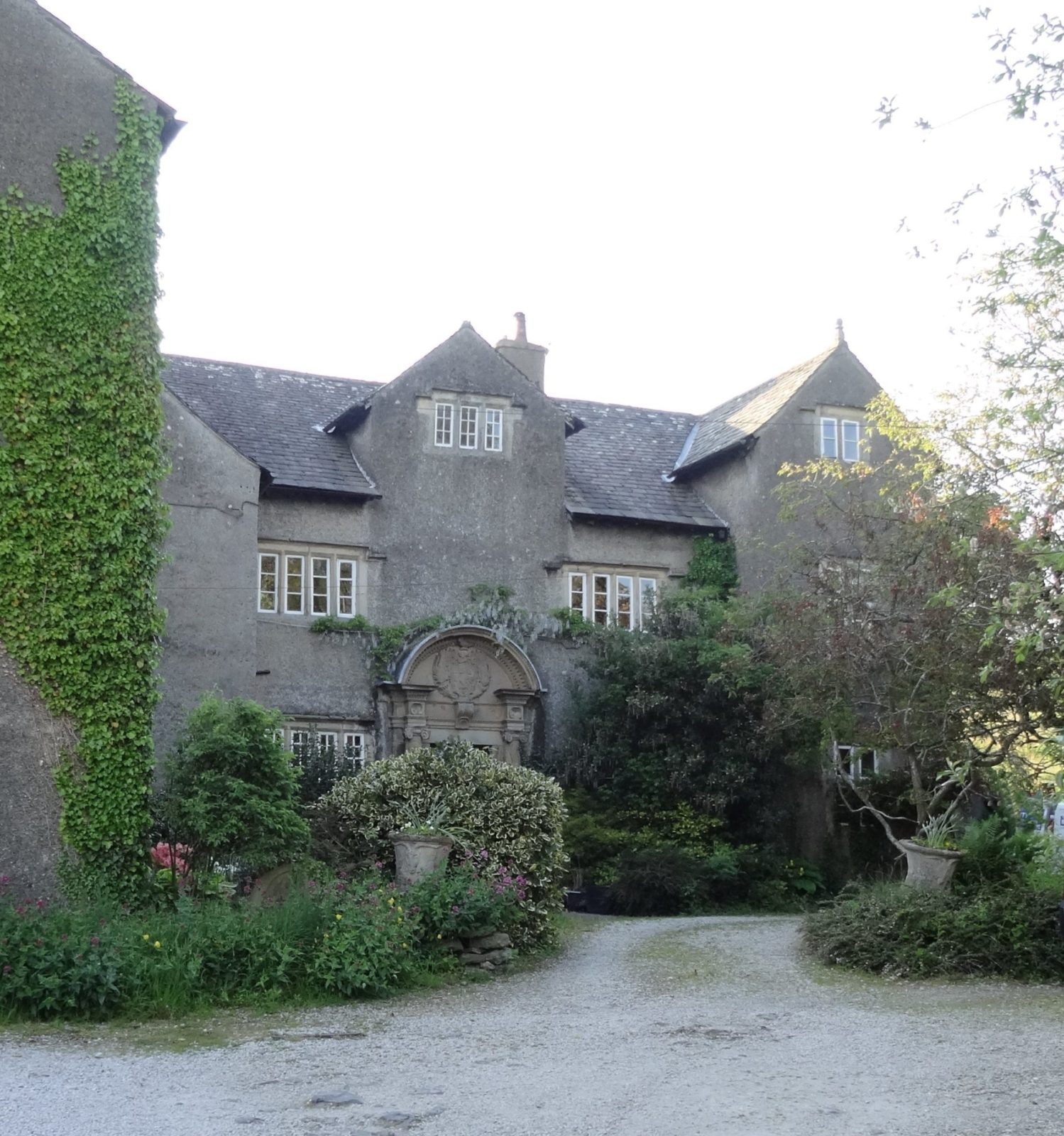 Cark Hall near Flookburgh was built by Thomas Pickering (he was married in Cartmel in 1571).

It passed by marriage to the Curwens of Myreside Hall, Flookburgh, then later to the Rawlinsons.

The Hall has mullioned windows and a magnificent entrance with Ionic columns supporting a large arch.

On the western side a wing was added, probably in the 17th century.