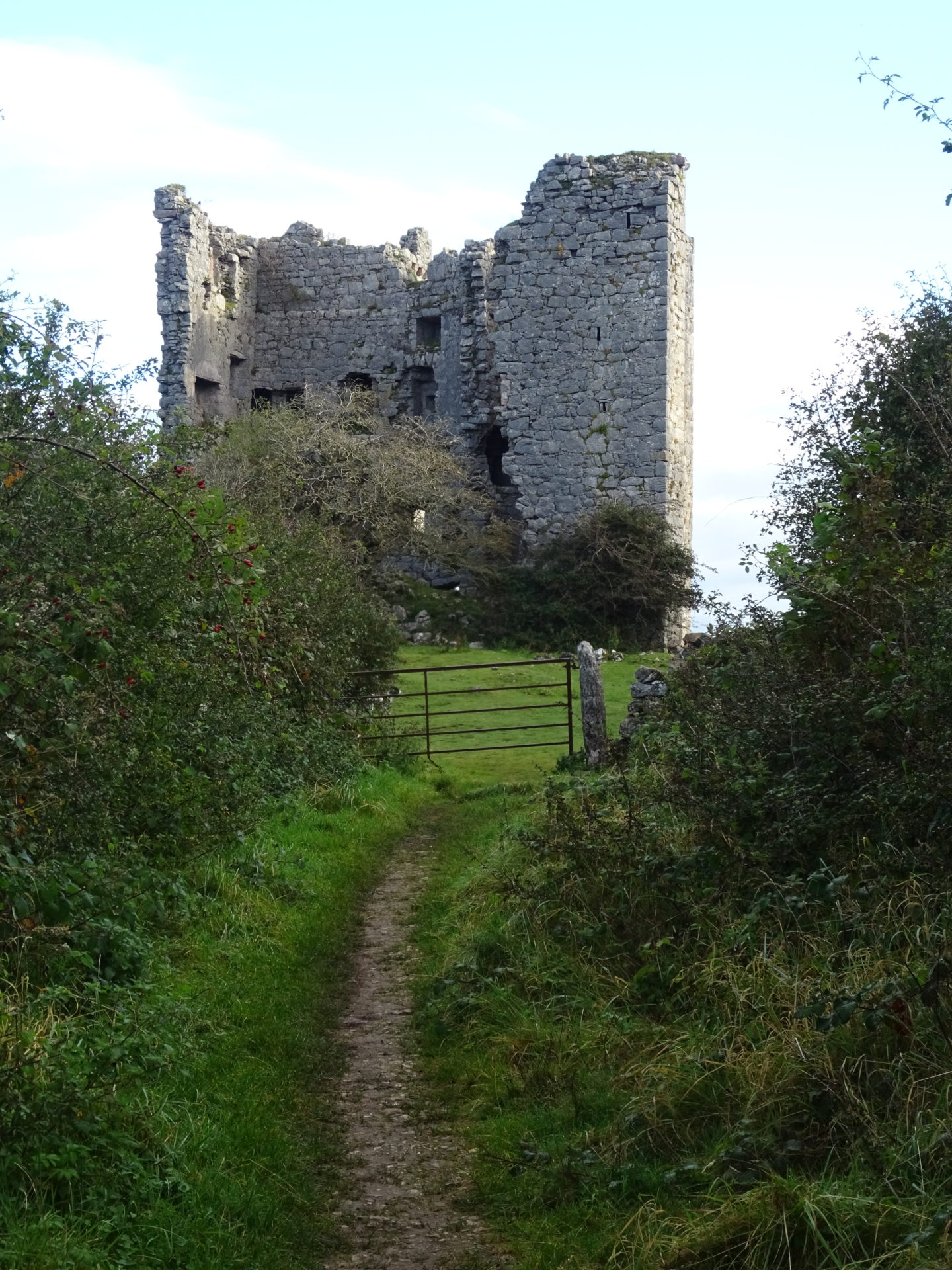 Arnside Tower House is located over in Far Arnside and was built close to the old agricultural and fishing community.

It was originally referred to as Heathwaite.

The Tower is believed to date back to 1375 and was built to offer protection against Scottish raids.

The building burned down in October 1602, and was subsequently rebuilt.

In 1884, a hurricane blew down the south-west wall.

Today the ruins of the 15th Century Pele Tower are in a sorry state.

Fortunately, there is enough still standing to get an idea of the imposing structure it would have been 500 years ago.

It is actually private property and illegal to enter it (not to mention quite dangerous) but you can get right up close to the outside for some nice pictures and a bit of close up investigation.

If you walk a little bit down the hill, where the defensive ditches are, there is the abandoned entrance to a tunnel.

Morecambe Bay and the Lakeland Fells