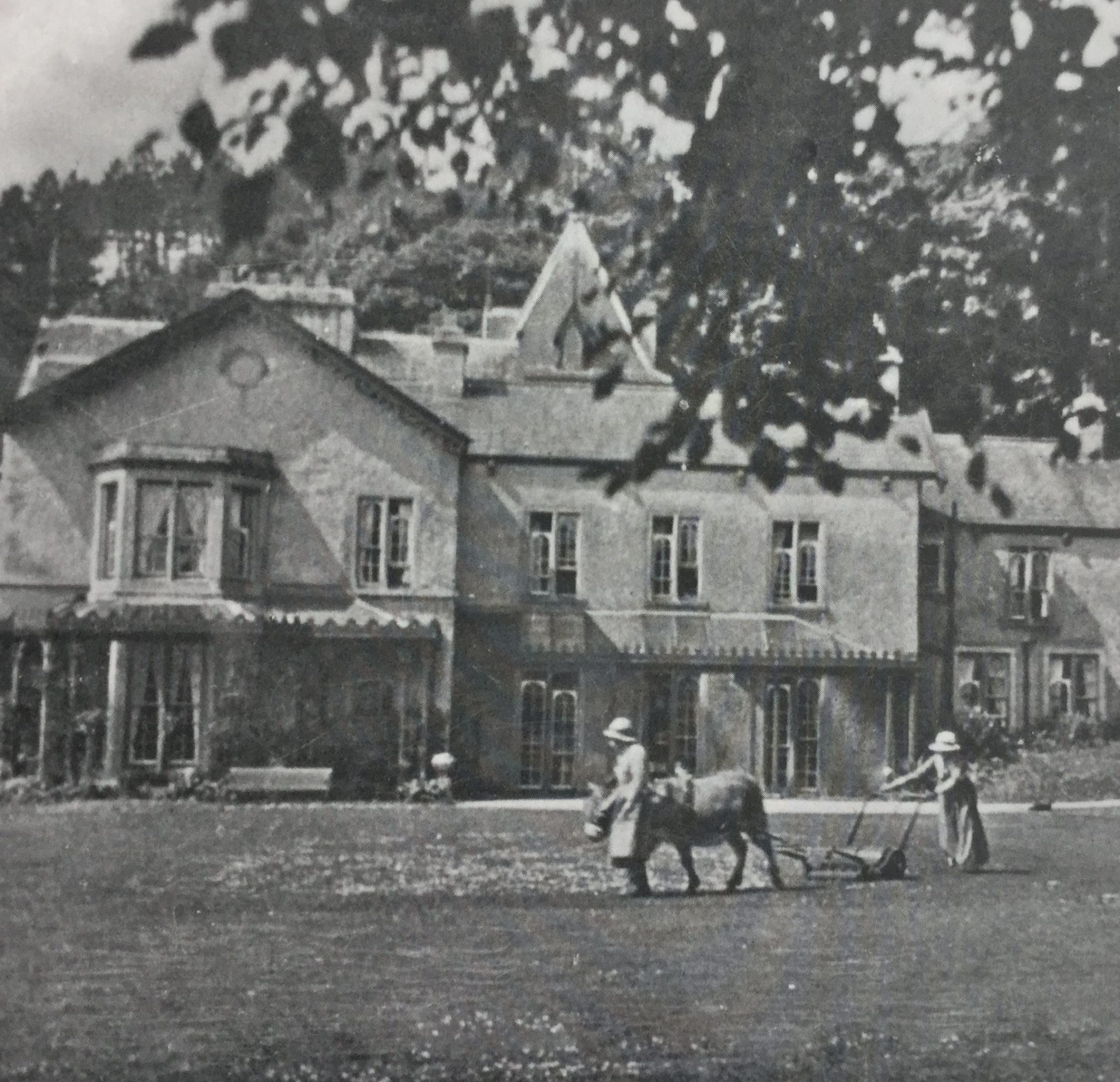 Abbot Hall (now known as Lambert Manor) is located on an ancient site dating from about 1160.

It stands on the site of an ancient dwelling built for the Abbot of Furness.

The medieval buildings of Abbot Hall have long since disappeared.

Since the Dissolution of the monasteries, Abbott Hall became, for a long time, a private residence, passing through various families’ hands over the years and around 1900 was used as a school. In later years is became a Methodist guest house.

The current mansion was built in the 1840s, partly through the work of Mary Lambert, perhaps the wealthiest lady to ever have lived in Cartmel.

It has recently changed hands and been renamed Lambert Manor Hotel.

Finally, was told a story by Cecil Hayman, who lived at Kents Bank railway station in the 1930s.

He remembered trains stopping at Kents Bank full of passengers going to Abbot Hall for their holidays.

The train was met at the station by the Abbot Hall donkey pulling a cart ready to take their luggage to the hotel.

I presume the donkey in the photograph is the same donkey this time pulling a lawn mower.

Have a Break in Grange-over-Sands