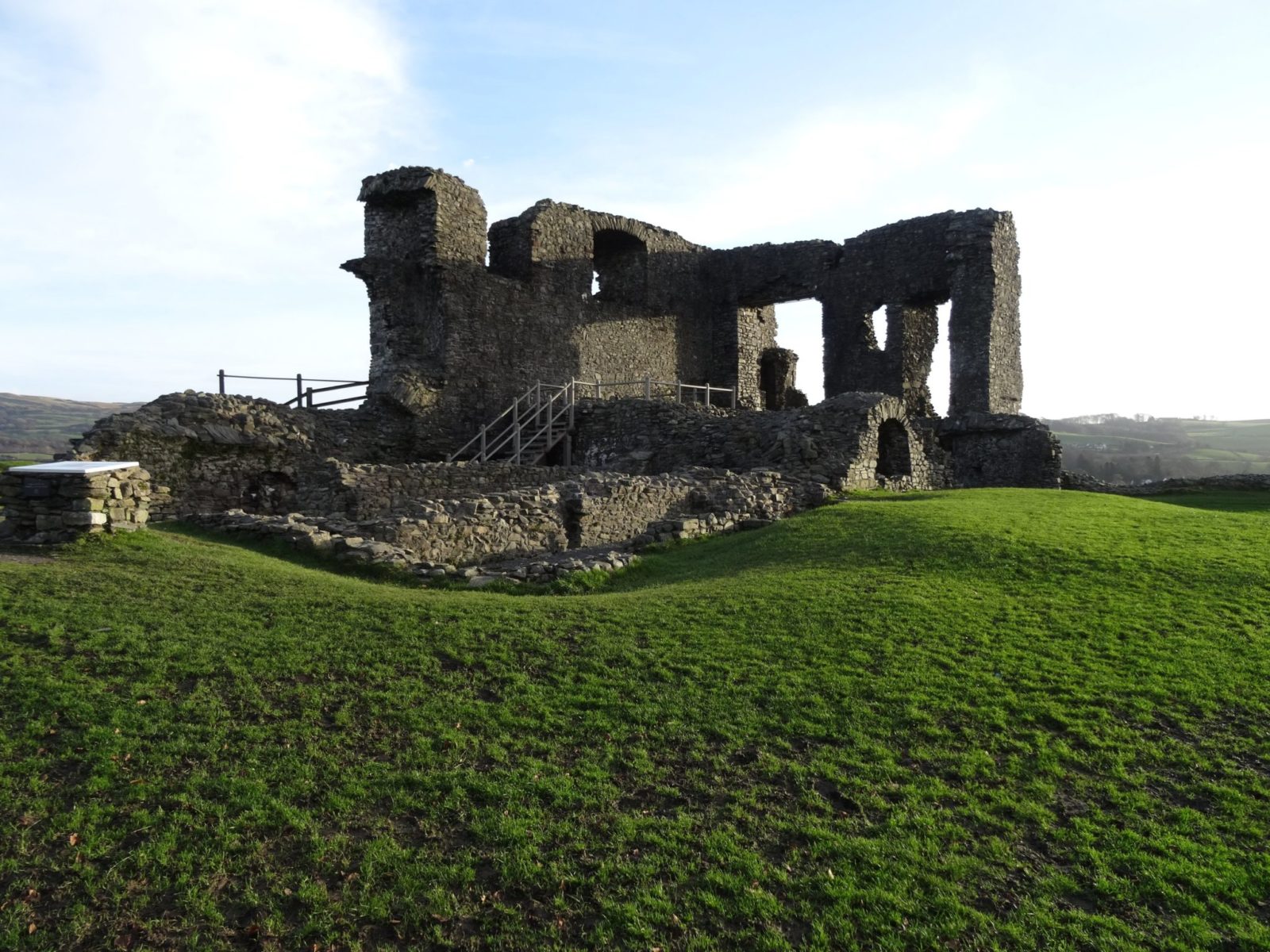 It was thought the original castle was built in 1092.

Only the earthworks remain and the obelisk on the summit.

Kendal architect Francis Webster designed the structure which was and in 1788.

The area is known as Bowling Fell and is thought to have been Kendal’s first official park.

Additionally, the area was used for playing a game similar to bowls.

It was later replaced by this stone-built Kendal Castle on the eastern side of the River Kent where the ruin still stands today.

This 13th century castle stands high above the town built on a drumlin or glacial hill.

For over 200 years this castle was the seat of power for the barons of Kendal.

As a result, on the death of the last baron in 1571, William Parr, the castle fell into its current ruinous state.

Additionally, there is a local claim that Catherine Parr, the sixth wife of Henry VIII, was born at the castle are probably more fiction than fact!

Only a couple of solitary turrets of this once-powerful stronghold now remain.

From the top of the hill, you are get to some fine views over the ‘Auld Grey Town’.

To get to the castle from the town centre, follow Aynam Road and walk up Parr Street.